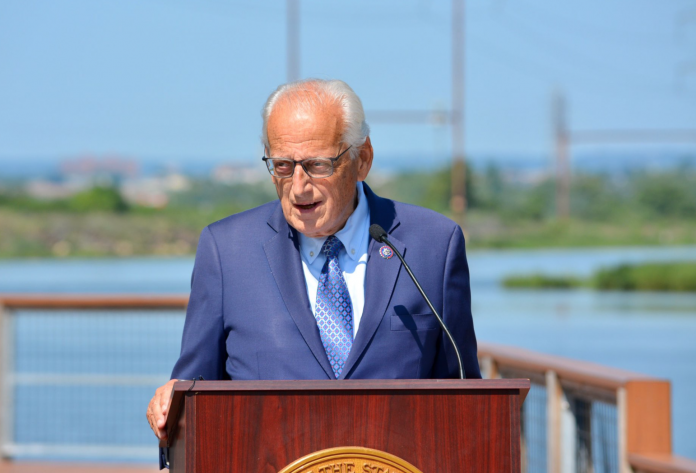 Last July Congressman Bill Pascrell held a press conference along the lower Hackensack River in Secaucus, imploring the United States Environmental Protection Agency to prioritize the cleanup and restoration of the river.  Now Pascrell has announced that the EPA has proposed that the lower portion of the river, which spans both Bergen and Hudson counties, be placed on the Superfund National Priorities List (NPL).

The NPL includes sites where releases of contamination pose significant human health and environmental risks. Pascrell led his colleagues in a letter requesting this move by the EPA, which will allow the Superfund cleanup process to commence.

“The EPA accepting our request and prioritizing the cleanup of our Lower Hackensack River here in North Jersey is terrific news. I have for years led federal efforts to restore the river from its current contaminated state because our communities, our children, and our environment deserve better,” said Rep. Pascrell, a cosponsor of the landmark Green New Deal.  “In July of last year, I wrote to my friends at the EPA requesting they include the Lower Hackensack on their National Priorities list so we could swiftly begin the Superfund cleanup process. I have also strongly supported the State of New Jersey’s efforts to hold up their end of the bargain in this endeavor. The Infrastructure Investment and Jobs Act passed by our Democratic Congress delivers once again. I commend EPA Administrator Regan, Regional Administrator Garcia, and the entire Biden Administration for their focus on environmental issues and their accessibility on local issues like this. Together we will restore the Lower Hackensack River to its former glory.”

“The industrial activities of New Jersey’s past have helped build America, but it has also left behind a legacy of contamination that unfairly burdens communities of color,” said EPA Regional Administrator Lisa F. Garcia. “By proposing to add the Lower Hackensack River to the National Priorities List, EPA is showing its commitment to overburdened and underserved communities – no project is too big, and America’s natural resources are for everyone to enjoy.”

“Governor Murphy and I are thrilled that the EPA is taking this next important step toward adding the Lower Hackensack River to the National Priorities List,” said New Jersey Commissioner of Environmental Protection Shawn M. LaTourette. “Designating the Lower Hackensack as a federal Superfund site will provide the tools we need to remove decades of contamination that have polluted river sediments and restore the natural resources that have been impaired for far too long. Cleanup of the river presents a remarkable opportunity to help the river reach its full potential as an ecological gem and economic asset in the heart of the state’s most densely populated region.”