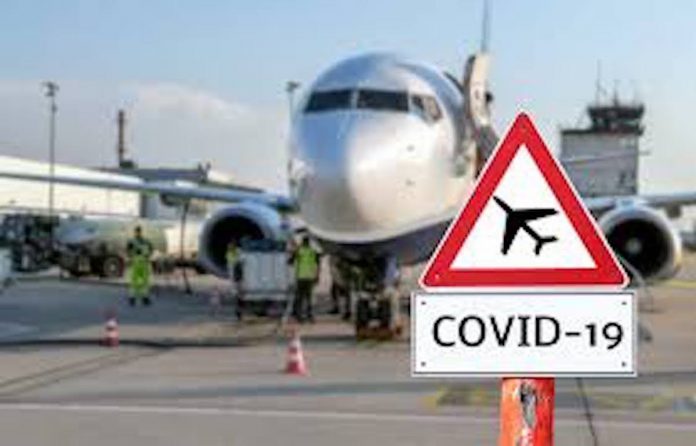 Washington, D.C. — Congressman Donald M. Payne, Jr. wants to make sure airlines retain as many workers as possible during the current coronavirus public health crisis.  Rep. Payne, Jr. wrote a letter to the leadership of the House and Senate yesterday to encourage them to support an extension of the Payroll Support Program, which was created in the CARES Act stimulus funding package to keep airline workers employed during the global pandemic.  In the letter, Rep. Payne, Jr. said the extension is needed because most economic experts predicted the U.S. airline industry would be back to normal in September.  Unfortunately, the coronavirus continues to cripple air travel and the International Air Transport Association predicted that it won’t recover until 2024 or later.

“It is critical that Congress support the men and women of the airline industry while the pandemic is still raging,” wrote Congressman Donald M. Payne, Jr.  Without an extension of the Payroll Support Program, many of the 750,000 airline workers covered by it will lose their jobs or be placed on involuntary furlough.”

Thank you for your continued leadership as the nation grapples with the effects of the COVID-19 pandemic.  As you continue negotiations on COVID-19 relief legislation, we strongly urge you to extend the successful Payroll Support Program (PSP), included in the Coronavirus Aid, Relief, and Economic Security (CARES) Act, which has kept hundreds of thousands of airline employees from unemployment during these very difficult times. Our districts represent the busiest passenger airports in the nation, with hundreds of thousands of employees dependent on the aviation industry. Nationwide, there are approximately 750,000 airline employees covered by the PSP, located predominantly at major airline hubs.

Though the PSP has successfully kept airline employees on payroll, the program is set to expire at the end of September and must be extended. The CARES Act was signed into law at a time when air travel plunged to historic lows and there was an assumption that air travel would rebound in the months after. Unfortunately, the pandemic continues to ravage the nation, and air travel has not fully recovered. In fact, the International Air Transport Association recently predicted that air travel will not return to normal levels until 2024 at the earliest.

Without an extension of the PSP, many of the 750,000 airline workers covered by the program will lose their jobs or be placed on involuntary furlough. United Airlines has already announced that it will furlough approximately 16,000 workers, or 20 percent of its frontline employees, on October 1. American plans to furlough 19,000 employees on October 1, and we expect more job cuts to be announced in the coming weeks.  It is critical that Congress support the men and women of the airline industry while the pandemic is still raging.

Again, we respectfully urge you to include an extension of the PSP in COVID-19 relief legislation to ensure stability in the U.S. airline system. Thank you in advance for your consideration of our request.