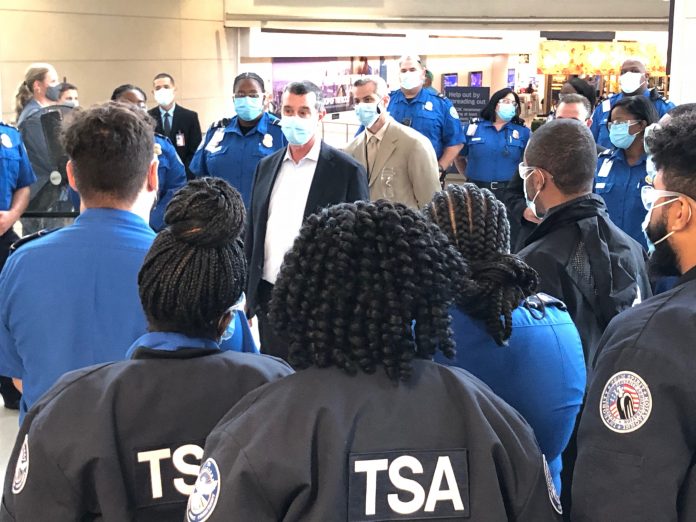 Desmond Herring, 48, is charged by complaint with one count of carrying a weapon on an aircraft and one count of possession of a firearm and ammunition by a convicted felon. He appeared by videoconference this afternoon before U.S. Magistrate Judge Michael A. Hammer in Newark federal court and was released on a $100,000 unsecured bond, with home confinement and GPS monitoring.

On Nov. 29, 2021, Herring submitted a carry-on bag for inspection at Newark Liberty International Airport. During the x-ray screening of Herring’s luggage, a Transportation Security Administration (TSA) agent identified ammunition and a suspected firearm and contacted the Port Authority Police Department. Upon seeing that his bag had attracted additional attention, Herring left the security checkpoint area without his bag and walked to a departure gate for his flight to Atlanta, Georgia.

Both charges in the complaint carry a maximum potential penalty of 10 years in prison.

The government is represented by Assistant U.S. Attorney Benjamin Levin of the U.S. Attorney’s Office Violent Crimes Unit in Newark.

The charges and allegations contained in the complaint are merely accusations, and the defendant is considered innocent unless and until proven guilty.