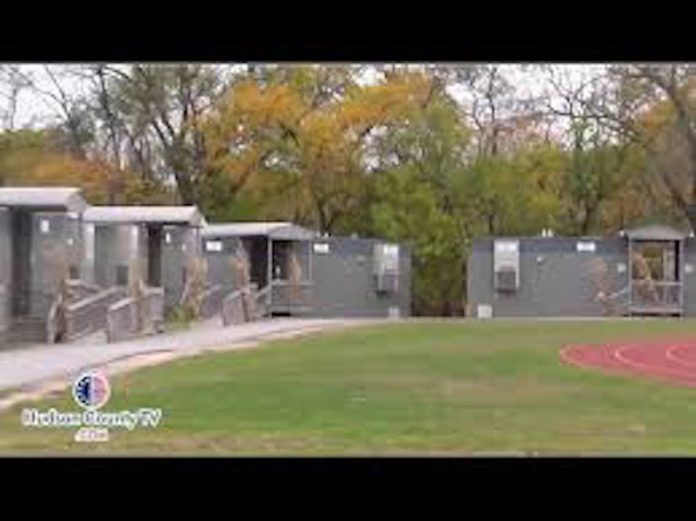 The North Bergen school system has faced an overcrowding situation since the turn of the century.  Now, after years of planning, the Board of Education is preparing for the implementation of a new, district structure, one that includes a second campus for the High School, known as North Bergen High School West, as well as the removal of the pre-kindergarten trailers from within the confines of Bruins Stadium in Braddock Park this summer.

The trailers are going to be replaced by pre-fabricated buildings, which can ultimately be removed in the future when Horace Mann and Robert Fulton pre-k students can return to their schools in a less crowded environment.

That is going to be made possible thanks to the $65 million referendum passed by the township’s voters several years ago.  The planned restructuring has seen the district purchase the former High Tech High School building off of Tonnelle Avenue after the Schools of Technology moved into its new, sparkling campus in Secaucus.  7th, 8th and 9th graders will attend classes in the High School West campus, which has a targeted opening following extensive renovations, in September, 2022.

Since the pre-k trailers were placed on Green Acres land within the County park in 2000, the state, county, township and Board of Education reached a diversion agreement, whereby the district had to replace the land being used by the young students with three times the amount of space elsewhere around the municipality.

Over the last two decades, North Bergen has renovated numerous parks, created new parks and added ball fields as part of this commitment.  There was a legal challenge to the referendum, but the township and school district came out on top in the courts.

So, after years and years of overcrowding which resulted in pre-kindergarten students from Horace Mann and Robert Fulton Schools being taught in trailers in Bruins Stadium, the district finally is nearing a resolution to its situation of overcrowded classrooms.

Assuming there are no construction delays with the High School West campus, and the pandemic will have run its course allowing a sense of normalcy to return, the restructuring plans should be implemented at the start of the 2022-2023 academic year.