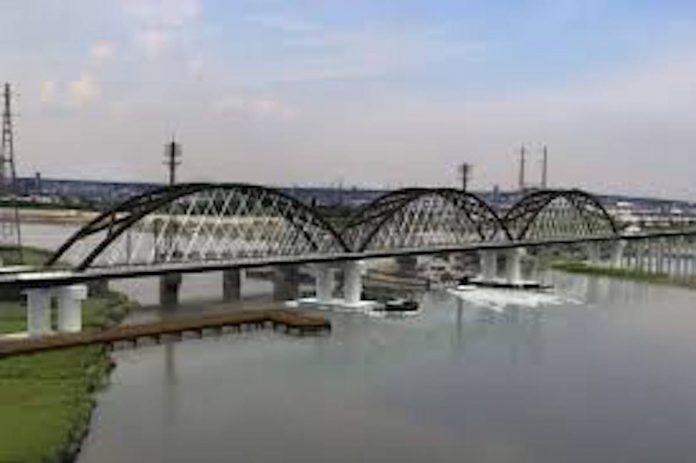 “This funding is critical to advance the Portal Bridge replacement and provide much-needed relief to delay-weary commuters on the Northeast Corridor, and it’s a testament to the unrelenting efforts of our congressional delegation to overcome unprecedented roadblocks put up by the Trump Administration,” said Sen. Menendez, the ranking member of the Senate’s transit subcommittee.  “Despite the President’s veto threat, we fought hard in the Congress in subsequent budget years to beef up funding for federal transit programs to ensure there was money available to move Gateway forward.  Our efforts are paying off.  I won’t let up until we complete the entire Gateway Project and build a 21st century transportation system that ensures New Jersey’s and the region’s economic vitality for generations to come.”

“This federal funding is yet another important step towards providing much-needed relief to New Jersey commuters who depend on reliable, safe rail transit,” said Sen. Booker.  “For far too long, the century-old Portal Bridge has caused delays that ripple across the entire Northeast Corridor.  While this federal investment is welcome news, we must continue to fight for long-term solutions to replace our crumbling infrastructure by moving projects like Gateway forward in order to help ensure commuter safety and increase our  economic competitiveness.”

“When the portal bridge was built, William Howard Taft was in the White House and Connie Mack’s Philadelphia Athletics won the World Series.  It’s been long past time to replace this transit chokepoint for our region,” said Rep. Pascrell.  “Thanks to Governor Phil Murphy and the work of our delegation, New Jersey has done its part and this funding from the federal government will help us get moving on a needed construction project that will create new jobs. Our commuters have waited long enough for relief.”

“I am pleased that this much needed funding for the North Portal Bridge replacement project has been awarded despite the Trump Administration’s attempts at vetoing our efforts to improve this critical infrastructure.  This $248 million award will help reconstruct the bridge which is over 100 years old, and will benefit the 200,000 daily passengers that rely on it,” said Rep. Sires, who represents Kearny and sits on the House Committee on Transportation and Infrastructure.

“This is great news for New Jersey and New York,” said Rep. Payne.  “The new Portal North Bridge Project will create jobs and improve transportation for thousands of workers and families in both states.  It is a critical bridge for all Americans who travel the Atlantic coast.  I want to thank the FTA for approving these funds and look forward to the completion of this new bridge.”

“Securing this funding for the Portal North Bridge—the first stage of the Gateway Project—has been one of my top priorities since coming to Congress,” said Rep. Malinowski.  “This is a major win for New Jersey commuters, and is the result of relentless Congressional pressure. I won’t stop fighting until Gateway is completed, including the Hudson River tunnel.”

“The Portal Bridge is a key piece of the Gateway Project, the nation’s most critical surface infrastructure project,” said Rep. Sherrill.  “Locking down federal funding for the bridge is a top priority for my district and the thousands of commuters who rely on efficient, safe train service to get to work and then get home to their families.  I applaud the work that the New Jersey delegation has done together to secure this funding, and will continue to work to ensure that we move forward on Gateway.”

At the insistent push from Sen. Menendez, the congressional delegation and other stakeholders, the FTA announced in June that the estimated $1.8 billion Portal Bridge replacement—a key component of the broader Gateway Project that includes building a new trans-Hudson rail tunnel—had officially moved forward into the engineering phase of the CIG program.

Long considered the linchpin of Amtrak’s Northeast Corridor (NEC) connecting Boston to Washington, D.C., the 110-year-old Portal Bridge carries an average 450 trains and 200,000 passengers each day.  The antiquated, swing-style span over the Hackensack River in Kearny is notorious for breaking down and getting stuck in the open position, stranding commuters and grinding Amtrak and NJ Transit service to a halt.  Building a new, higher, fixed Portal North Bridge is a key component of the broader Gateway Program that also includes construction of a new rail tunnel under the Hudson River into Manhattan, among other improvements.

In May, the delegation announced over $91.5 million in funding from the Federal Railroad Administration (FRA) to advance replacement of the Portal Bridge and make other upgrades to improve service along the NEC.

The Northeast Corridor generates one-fifth of the nation’s economy, and the NEC Commission estimates that a disruption of the NEC from Boston to Washington, D.C. would cost the country $100 million a day in lost production and economic activity.  In response to a question from Sen. Menendez during a Feb. 12 Senate Banking Committee hearing, Federal Reserve Chairman Jerome Powell testified that any sustained closing of the NEC due to a failure of either the Portal Bridge or Hudson River rail tunnels would put the economy at significant risk.

Earlier this year at Sen. Menendez’s request, the U.S. Coast Guard moved to permanently restrict marine traffic along the Hackensack River during morning and evening rush hours to eliminate the need for Portal to open and reduce the risk of a bridge failure during peak travel times.  Sen. Menendez had brokered the original agreement that led to the Coast Guard initially issuing a temporary marine traffic ban and provide relief for commuters.

In 2015, Sens. Menendez and Booker and Reps. Pascrell and Sires helped secure a $16 million federal Transportation Investment Generating Economic Recovery (TIGER) grant to help fund $20 million in preliminary construction work on the Portal North Bridge, which broke ground in the fall of 2017.