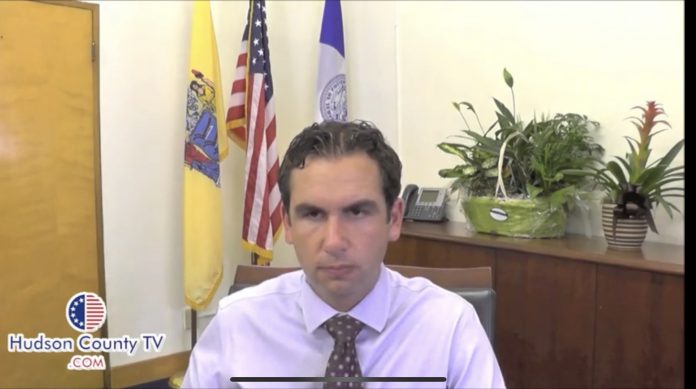 Jersey City Councilman At Large Rolando Lavarro, a former ally of Mayor Steven Fulop, is not mincing his words.  He is totally against an Inclusionary Zoning Ordinance (IZO) put forth by Mayor Fulop and Council President Joyce Watterman.  Lavarro says the Mayor and Council President “are trying to pull a fast one on the people of Jersey City.”

The City Council may consider the ordinance for final vote on October 21.

The plan, which was offered by the administration several weeks ago, addresses the affordable housing situation in the city, something Lavarro deems to “be in crisis.”  The Councilman At Large has begun a petition to address the issue.  In a Facebook post from this week, Lavarro wrote, “Jersey City is in crisis — an affordable housing crisis.  Nearly half of all residents pay more than 30% of incomes towards housing costs.  Residents earning minimum wage would need to work 130 hours per week to afford a 2-bedroom apartment in Jersey City.”

Lavarro continued, “What is Mayor Fulop’s response to the affordable housing crisis?  He’s pushing a policy that allows developer’s to maximize their profit instead of demanding that they build the most affordable housing possible.”

Specifically, the IZO drafted by Fulop and Watterman would require residential developers, with projects over a certain size, to make 20% of the apartments affordable.  The mandatory affordable housing units, according to the ordinance, will be set aside for households having combined income brackets at 30%, 50% and 80% of the annual median income as determined by the Uniform Housing Affordability Controls.  The ordinance “has too much flexibility and too many avenues out” according to Lavarro.

Regarding the proposed IZO, Mayor Steven Fulop has stated, “While our administration has prioritized affordable housing growth for Jersey City, it takes time to construct the new housing, and in many ways, we are trying to make up for the lack of a policy focus for decades before our administration.  With this ordinance, we are going to take our construction to the next level by forcing developers to include more affordable housing in their projects.”

Lavarro calls the ordinance a dream for developers and a nightmare for lower income residents.  That’s why he began the petition, “ENOUGH IS ENOUGH! People Over Profits!!”

IT GETS WORSE. The Fulop “inclusionary” ordinance, which the Mayor says is intended to “force developers to include more affordable housing” into their luxury development projects, actually gives developers the option to cry poverty… “I can’t afford to build and house these low income families”; and since the ordinance also gives the City Council a magic “waiver,” a majority of the City Council can reduce or simply waive any requirement for a developer to build affordable units without providing you, me and the rest of the Jersey City anything in return.”

When the IZO was introduced, Council President Watterman stated, ““We’re not selling out…there are people who call my office every day to tell me that they need affordable housing…we have to put something on the table to give it a try.  Everyone, regardless of income or age deserves an affordable and safe place to live, and this ordinance looks to protect our most vulnerable populations by requiring developers to incorporate affordable housing going forward.”

As of 10 o’clock this morning, 175 people had signed Lavarro’s petition.  His goal is to reach 200 signatures.  Lavarro’s petition concludes by reading, “I urge you to REJECT this ordinance. Instead, strengthen it by extending the affordability, eliminating exemptions and any loopholes that make it possible for developers to avoid building affordable housing for us the residents of Jersey City.

Jersey City is already ours! Don’t sell us out to developers. As a resident and voter, I support an Inclusionary Zoning Ordinance that holds developers accountable, and I urge you to do the same. PUT PEOPLE OVER PROFITS!!