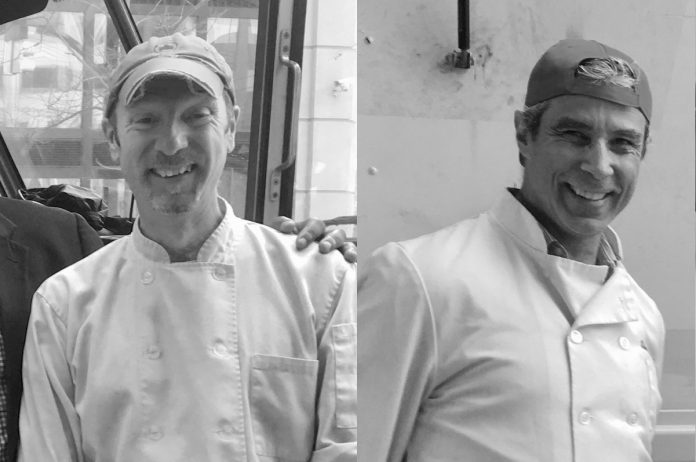 Most people may not know the names of Jersey City residents Glenn Trickle and Fidel Hernandez, but these two everyday heroes should be household names. Trickle and Hernandez, Jersey City residents in the Astor Place neighborhood, have been the target of a homophobic campaign of intimidation aimed at them with bigoted slurs, a (thankfully) failed fire bombing, and an assault so violent that it required Trickle’s jaw to be wired shut. Yet through it all, and what makes these two Jersey City hometown heroes, is that they have not let the hate directed at them and the corresponding quiet from Jersey City officials, change who they are.

Recently in January of 2021, at the sentencing hearing for Rashawn Singletary, convicted for the 2017 assault on Trickle in Jersey City, not only did Singletary express remorse but Trickle himself advocated for a lessening of the sentence in a letter sent to the court. The letter, in which Trickle (the victim who was assaulted and severely beaten), stated that “as the time has passed, I have been able to see, realize, that Mr. Singletary did not do what he did to me because of His hatred of me, but because of the Hatred, Racism, and Homophobia of the Bland Family.” Trickle continued that “now that they are done with him, he is being discarded with the trash,” as well as that, “this young man deserves a better chance at life.  One better than the one the Bland family had in store for him.” Trickle advocated in court that Singletary, who was also being sentenced on other charges, have his jail time for the assault served concurrently with that which he faced for the other charges and time already served.

The fact that Trickle and Hernandez can forgive someone who not only wished them physical harm but committed an assault on one of them shows that they are not only heroes but role models. While this columnist doubts he could ever be so forgiving, self-less behavior is part and parcel of this dynamic duo of Jersey City community leaders. From distributing food to the public during the pandemic, using their then restaurant to cook food for shelter residents displaced in the aftermath of Hurricane Sandy, bringing food to first responders at Exchange Place in the wake of the 9/11 attacks, and much more, Trickle and Hernandez have time and time again put what they believe to be the best for the community above their own interests.

Behind the attack was Richard Bland, who plead guilty in 2019 to conspiracy to commit aggravated assault and was charged by prosecutors with paying Singletary for the attack on Trickle. Many Jersey City residents believe the force driving the bigotry behind the attack, the attempted firebombing of Trickle and Hernandez’s house, and the homophobic slurs has been Militinia and Vera Bland, respectively Richard Bland’s aunt and mother. The political class in Jersey City, undoubtedly disconnected from regular people, never once attempted to step in to help Trickle and Hernandez in the battle against hate. Yet it behooves all people, even politicos, to stand against hatred, harassment, and violence. Despite the sad fact that the Jersey City political establishment ignored the bigotry and hate some in the Astor Place neighborhood have aimed at them, Trickle and Hernandez’s ability to remain true to themselves through so much unwarranted adversity makes them heroes.