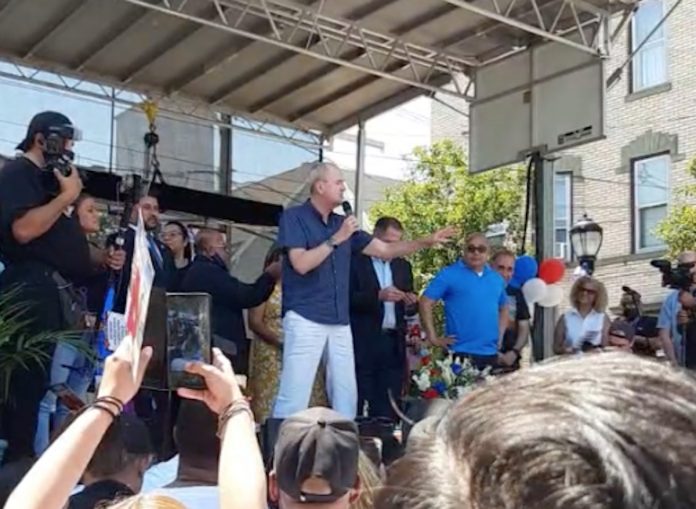 On a gorgeous, warm, summer afternoon, Union City Mayor / State Senator Brian Stack and the Board of Commissioners held a street fair along New York Avenue between 22nd and 26th Streets, opposite Ellsworth Park.  There was a huge performance stage, with a variety of musical acts for the public to enjoy, along with hot dogs, popcorn, drinks, and games and rides for the children.

The free event also featured a vaccination site for people to get one of the COVID vaccines without an appointment. The festival was also an opportunity, three days before New Jersey’s Primary Election, for Governor Phil Murphy and the 33rd District Legislative team of Stack and Assembly persons Annette Chaparro and Raj Mukherji to do some last minute campaigning prior to Tuesday.

The Governor says the difference between the Democratic candidates for Legislature and the Governor’s Office and the Republicans trying to unseat them come November, is simple. Democrats want to continue moving the state forward, while the GOP wants to move it backwards.

Also in attendance supporting the Governor and the Legislative team was Weehawken Mayor Richard Turner.  The festival began at 12-noon and was scheduled to wrap up around 5 pm.