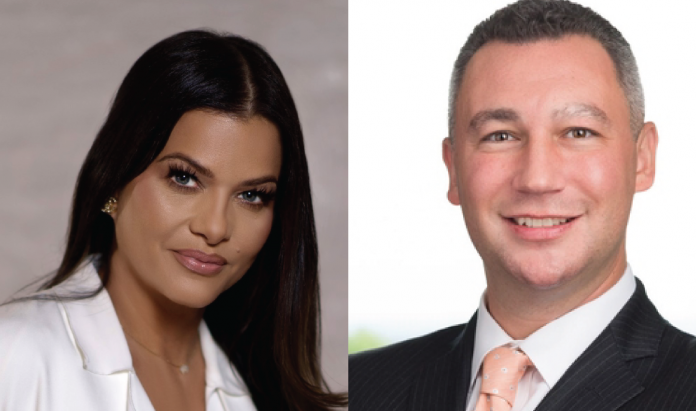 The 32nd District, which currently consists of a portion of north Hudson, will now include all of Hoboken, formerly in the 33rd District, and a portion of Jersey City come next year.  The HCDO-backed Senate candidate in the 32nd will be Raj Mukherji, currently a 33rd District Assemblyman.  New Jersey Globe is reporting the HCDO Assembly candidates in the 32nd will be first time candidates, attorneys Jessica Ramirez and John Allen.

Mayors generally have the say as to who they want in the Assembly seats in their District.  Ramirez is the choice of Jersey City Mayor Steven Fulop and Allen is the pick of Hoboken Mayor Ravi Bhalla.

Incumbent Assemblywoman Annette Chaparro of Hoboken, who has been the 33rd District representative with Mukherji, appears to be out in the new 32nd District, as is Assemblywoman Angelica Jimenez, who’s running for a West New York Commission seat on Mayoral candidate Cosmo Cirillo’s ticket in what is now part of legislative District 33.  Chaparro could still decide to run to retain her Assembly seat without the HCDO’s support.  Remember, this is all speculation since the HCDO has not formally announced its June Primary Ballot candidates.

As far as the new 33rd District, incumbent Senator Brian Stack is the candidate, with Senator Nicholas Sacco announcing his legislative retirement because North Bergen was shifted into District 33 for 2023, meaning he would have had to face Stack in a Primary election.  North Bergen Commissioner Julio Marenco and West New York Mayor Gabriel Rodriguez will be the Assembly running mates to Senator Stack.

Getting back to what the New Jersey Globe broke on Tuesday, Ramirez and Allen as the Assembly candidates in District 32.  The Puerto Rican-born Ramirez is a partner at D’Arcy Johnson Day.  Her biography says she specializes in “serious personal injury, sexual abuse, medical device and product liability litigation.”  She also served on the New Jersey Ethics Committee and as Eminent Domain Commissioner.

Allen, Hoboken Mayor Bhalla’s former Chief of Staff, has a long resume in Hoboken politics. In addition to working under both Mayor Bhalla and former Mayor Dawn Zimmer., he’s currently counsel at Schenck Price.   Allen also serves on the Hudson County Planning Board and the Garden State Joint Insurance Fund.