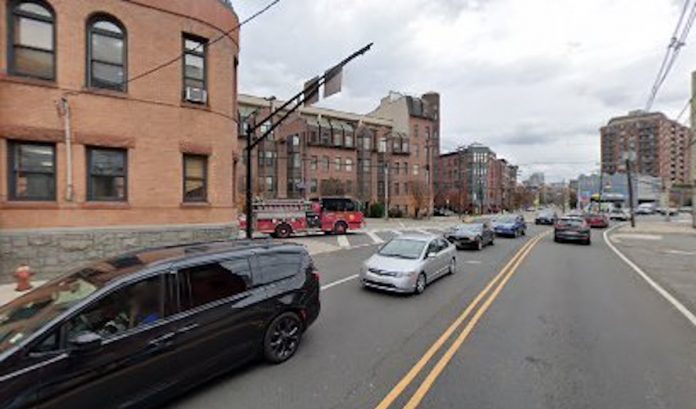 At approximately 12:41 this morning, Hoboken Police arrested 30-year old, Jersey City resident Scott Glozzy for driving while intoxicated.  According to Detective / Lieutenant Danilo Cabrera, officers conducted a motor vehicle stop at 12:25 a.m. at the area of Newark and Madison Streets.

Cabrera says the operator of the vehicle, identified as Glozzy, was stopped for a motor vehicle violation.  After speaking to him, police suspected Glozzy was under the influence of an intoxicant.  Probable cause was developed to arrest Glozzy for Driving While Intoxicated and he was transported to police headquarters.

Glozzy provided breath samples and at the completion of the processes he was released to a responsible party.  Police issued him three motor vehicle summonses for Driving While Intoxicated, Reckless Driving, and Failure to Stay in Traffic Lane.