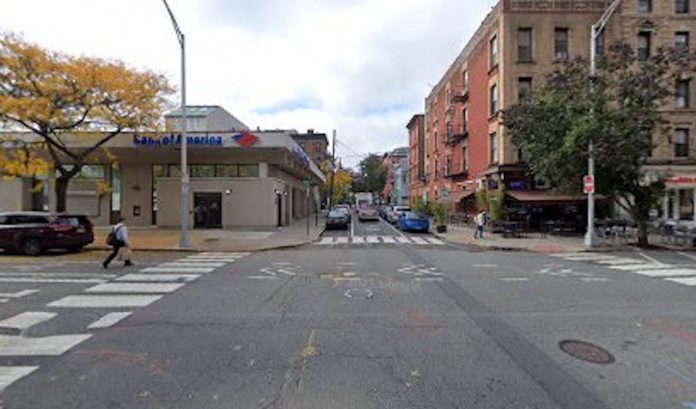 On Thursday, September 16th at 3:07 pm, Hoboken Police Communications received a call that a male, now known as Gunter Everton of New York, New York, entered the Bank of America, located at 2nd and Hudson Streets and placed a note stating “this is a robbery give me money” on the plastic barrier of the teller’s desk.  Everton left the bank with over $18,000.

A description of the actor was provided to all units. The male was last seen walking south on Hudson Street from the bank.  Police units converged on the south east section of the city and began searching.   Detective Ryan Houghton had proceeded to the PATH station where he checked the bus platform before ultimately heading to the underground train platform.  Once there,  Det. Houghton ordered the train operators to close their doors and halt their trains.

Upon entering and searching the 33rd Street-bound train, Det. Houghton located Gunter who matched the description and had a large visible bulge from his waistband.  NJ Transit Officers Marowitz and Ristovski responded to assist Det. Houghton.  Gunter was secured and upon receiving positive confirmation via pictures and testimony, Det. Houghton placed Gunter under arrest. Gunter was processed for robbery and transported to the Hudson County Corrections Facility in Kearny.

The defendant is presumed innocent until proven guilty in a court of law.