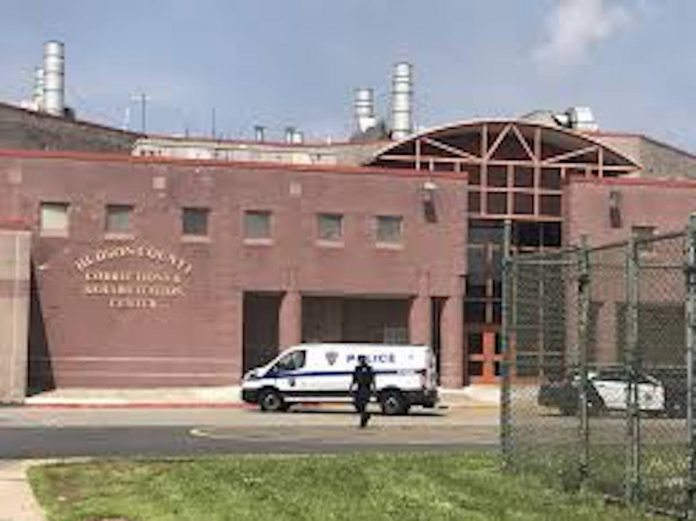 The Hudson County Board of Chosen Freeholders is expected to take a vote tomorrow afternoon, Tuesday, November 24 at 1 o’clock via Zoom, on the renewal of the multi-million dollar Immigration and Customs Enforcement (ICE) contract to continue housing immigrant detainees at the Hudson County Correctional Facility in Kearny.  Over a week ago, during the last Freeholder meeting, which took upwards of four hours, speaker after speaker implored the Board to reject the renewal of the contract.  The Freeholders will hold a caucus session today at 4 pm to decide whether or not to place the ICE contract on tomorrow’s agenda.

The ICE agreement with the County is nearly thirty years old and was last renewed in 2018.  Hudson County Executive Tom DeGise has publicly stated in the past that the goal was to release Hudson County from its obligation to house the detainees at the jail by 2020, if not earlier.  That has not taken place as of yet.

Under the current contract, Hudson County receives $120 per day per detainee.  Depending on how many people are being detained at the jail, the actual financial take-in changes.  In past years, according to some members of the Board, the dollars amounted to around $23 million annually.  Without that money coming in, logic would dictate that every municipality in Hudson would see their county taxes rise.

Now, however, there have been reports that the amount of money the County is receiving annually is far less.  In a recent Jersey Journal article, Freeholder Bill O’Dea, who has publicly stated he will vote against renewing the ICE contract, said the jail is only housing 79 immigrant detainees and Hudson County is receiving $3.5 million annually as a result.

If the contract is not renewed by the Freeholders, ICE would then have to transfer the detainees to another facility somewhere in the country.

Freeholder Chairman Anthony Vainieri confirmed to Hudson TV this morning, that the number of detainees at the County Jail has steadily dropped the past few years.  In 2018 there were 791 detainees.  Then last year the number fell to 531.  With the onset of the coronavirus pandemic this year, the County has not accepted any new detainees since February.

Vainieri did confirm that each municipality can expect to see a rise in its county tax levy.  The Chairman added, “If we don’t renew the contract, there is a good likelihood that Hudson County Corrections Officers will be laid off at the Kearny facility, and many of them are Hudson County residents.  Unless I see something unusual come to light at today’s caucus, I will probably renew the ICE contract.”

Vainieri added that when he recently visited the jail and spoke with the detainees, they told him, while they want to be released, they do not want to be transferred to another site.  Vainieri stated, “They told me they like the facility.  They like the services they receive, but obviously, they want to be free.”