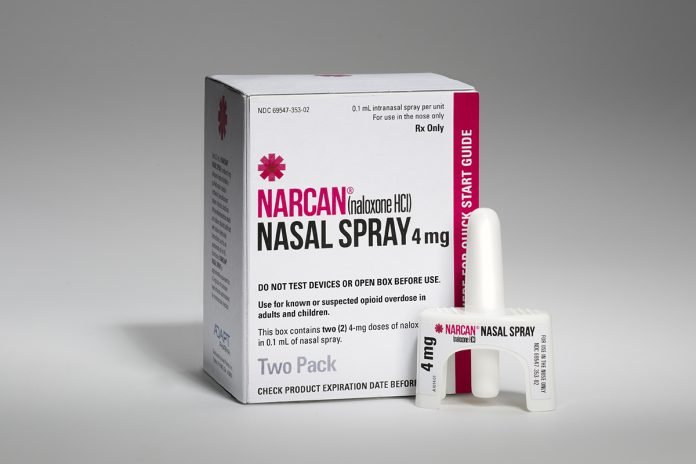 Jersey City — Thanks to the quick action by Hudson County Sheriff’s Officers, three Jersey City men are alive today, said Sheriff Frank X Schillari. On three separate instances during the month of February, my officers utilized their issued Narcan hits to save the lives of three men that were experiencing adverse effects of opioids. All the members of the Hudson County Sheriff’s Office are trained in the use of Narcan and carry it with them while on duty. The opioid crisis affects everyone, even nonusers, not to mention the families of those addicted to opioids and it is our responsibility to do all we can to try and rehabilitate users.

The first incident occurred on February 13, 2020 around noon, right outside the Administration Building, located at 595 Newark Avenue in Jersey City. Officers working the security detail at the Central Avenue Entrance, received a report from a passerby, that there was a man passed out on the sidewalk. Officers made contact with the man, who was unresponsive, and realized the man was possibly overdosing. Officers administered Narcan and the man slowly gained consciousness as EMS arrived on the scene.

The second incident happened five days later on February 18, 2020 at approximately 6:30 AM. Officers were dispatched to the Dunkin Donuts at 507 Summit Avenue in Jersey City for a report of an unresponsive male in the bathroom. When officers arrived on scene they found a man sitting on the toilet, slumped over, with a hypodermic needle on the floor beside him. A first dose of Narcan was administered however’ it seemed to be ineffective. A second dose of Narcan was administered. The man was still incoherent and EMS transported him to the Jersey City Medical Center for additional treatment.

The third incident occurred on Monday February 24, 2020 around 5:00 pm. Officers were assisting with traffic outside the Riotto Funeral Home, when they were approached by a woman who stated her boyfriend was unresponsive inside their apartment on Kennedy Boulevard. Officers entered the apartment and found a man lying on the kitchen floor. He was unresponsive and appeared purple in color. Officers were told that the man was a heroin user and they noticed track marks on the man’s arm. Officers then administered two doses of Narcan and the man started to wake up. He was then transported to the Jersey City Medical Center for additional treatment.

All three men survived, and this shows the importance of the use of Narcan in modern policing, Schillari said. My officers will continue to remain vigilant in keeping the residents of Hudson County Safe.

The  Sheriff is the highest and only law enforcement official elected by you, the people of New Jersey.

The Sheriff is the highest and only law enforcement official elected by you, the People of New Jersey.