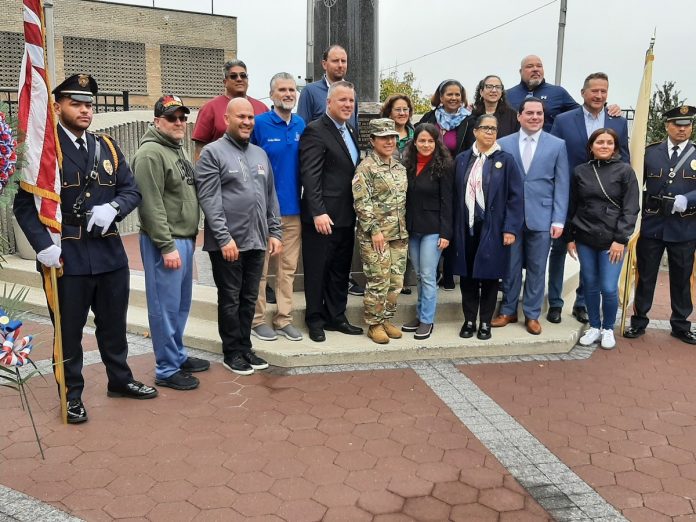 Communities all across the United States honored the commitment and sacrifice of military personnel past and present today.  The term Veterans Day was first used in a celebration that occurred in Birmingham, Alabama, in 1947. Raymond Weeks, a World War II veteran, organized “National Veterans Day,” which included a parade and other festivities, to honor all veterans. The event was held on November 11, then designated Armistice Day. 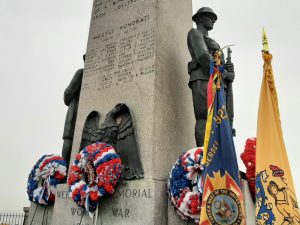 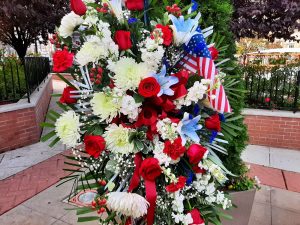 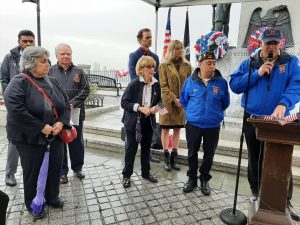 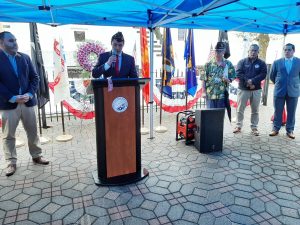 Today, municipalities in Hudson County paused to honor veterans, holding ceremonies, both under overcast and rainy skies.  Hudson TV attended many of the ceremonies held in North Hudson.  Below are videos of five of those observances:  Union City, Guttenberg, Weehawken, West New York and North Bergen.

Pause for a moment today and say thank you to a veteran for their service to this nation.  Without the sacrifices of these men and women in uniform in all branches of the military, none of us would enjoy the freedoms which democracy affords you and I.