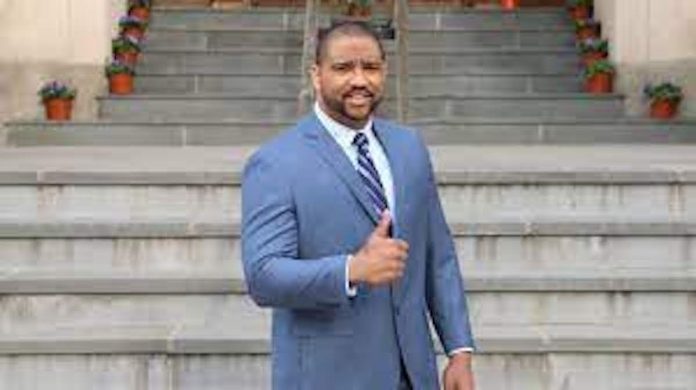 Jersey City Council At Large candidate Elvin Dominici submitted the following Letter to the Editor to Hudson TV:
The Jersey City council members and administration have failed us greatly by not sticking to their stance on actually providing affordable living opportunities to the residents of this great city. As per a recent news article, the U.S. Department of Housing and Urban Development (HUD) recently took back more than $1.6 million dollars that were allocated to Jersey City to provide 19 affordable housing units to local residents. The article also mentions that the city might be required to give back more funding that should’ve been spent on affordable housing. This is not a coincidence, as the current Jersey City municipal administration has a track record of pushing life-long residents out, welcoming the overwhelming gentrification agenda of rich developers, and putting profits and campaign donations over people and affordable housing.

The news article showcases the history of this administration to ignore the importance of affordability in our city. In 2016, HUD asked Jersey City to return more than $11.5 million after an audit of a city affordable housing program found that millions of dollars “were not administered in compliance with program requirements.” Basically, this administration is saying that our life-long residents do not deserve a chance to stay in our city. The administration is not the only one to blame in this matter as most of the members of our city council have a track record of supporting the administration and making developers and donations a priority. The luxury high-rise condominiums are not built for the average Jersey City residents, who is typically priced out of affording the astronomical rents.

I know that many local residents are not opposed to responsible developers that work to include community amenities and affordable housing for low-income families and senior citizens. With that in mind, I believe that most Jersey City residents want municipal representatives who will make sure we get long-term investments in our local communities that are considerate to all residents and not looking to push people out of the city where they’ve spent their entire life and raised their own families.

If you ask any of your independent candidates running for Jersey City Council, you will hear that one of our main pillars are to ensure affordable housing is accessible to all local residents and that long-term investments are made in all communities. Don’t let the current administration and their candidates try to sugarcoat or gaslight you into thinking they are for affordable housing just to steal your vote on November 2, 2021.

Remember that this is the same administration that did not hear the voices of hundreds of residents who desperately refused the Inclusionary Zoning Ordinance (IZO), which decreased the mandatory 20% affordable housing allocations for developers building new properties and created a pathway to avoid an invest in housing for low- to middle-income families.

It’s devastating to see our council members sell their soul to the will and pleasure of this administration. We see most of our representatives turn their back on the hardworking local residents even during a crushing pandemic, especially those struggling with poverty and other challenges. Along with this, we have one candidate embarrassing himself by being a puppet for the administration and attacking Ward E Councilman James Solomon whose been one of the only councilmembers advocating for all local residents. While the administration ignores the plights and cries of our local residents, I’ve witnessed Councilman Solomon working with local residents and grassroots organizations to address social injustice in our city.

This is the reason why it is imperative that we work together to elect proven, INDEPENDENT community servants as our elected officials in the next Jersey City Municipal Election of November 2, 2021. This is our chance to take back our city and ensure people are the priority in our city government and not profits. We are going to prove overwhelmingly that money does not win elections. The people will win over the greed.