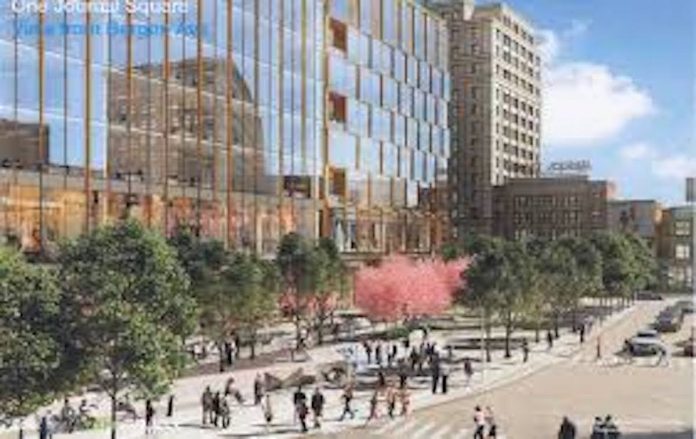 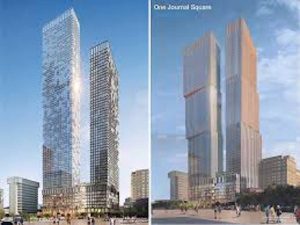 Construction Moves Forward with Both Sides in Agreement

JERSEY CITY – Mayor Steven M. Fulop is announcing the settlement and ultimate dismissal of all litigation among the City of Jersey City, the Jersey City Redevelopment Agency (JCRA), and Kushner Companies, which includes no tax abatement. The agreement settles lawsuits brought by Kushner Companies in 2018, in conjunction with the execution of an updated and intensely negotiated redevelopment agreement.  The project will not be granted a tax abatement as the Fulop Administration has not granted a tax abatement in nearly 4 years.

With this settlement and the new development agreement, both parties will now move forward to begin the construction of two 64-story towers in the heart of Journal Square – one of the most unique and busiest transportation hubs in the region.

“This has always been about what is best for our taxpayers and Jersey City,” said Mayor Fulop.  “Fortunately, after many years and many prior developers who left this property to stagnate, the City’s great team and Kushner Companies have been able to set aside their differences and collaborate to reach common ground. Now this long-delayed and much-awaited project can move forward.”

“Let’s be clear. The citizens of Jersey City are the winners here. Kushner Companies is eager and ready to move forward shoulder to shoulder with Mayor Fulop and the people of the great City of Jersey City, and get to work building this landmark development to advance the revitalization of Journal Square,” said Eugene T. Paolino, counsel to Kushner Companies.

Construction is now expected to begin in 2021 and will include a 10-level parking garage for residents. Each of the two towers will consist of 52 stories dedicated to residential units above a 12-story base building which contains ground floor retail space, amenity space, additional residential uses, and structured parking.  The project has been modified to, among other things: reduce the height of the buildings from 758 feet to 710 feet, replace five stories of office space and one story of retail space with residential space, remove the WeWork and WeLive concepts, and re-envision the façade of the towers.

Expanding upon original negotiations that began in 2014, the updated redevelopment agreement includes a $2.5 million investment in local arts initiatives and will require the developer to focus on hiring locally, including local workforce sessions to further local residents’ development and opportunities.

“This is a big win for all involved,” said Council President Joyce Watterman. “I’m pleased we were able to reach an agreement to further build upon the city’s revitalization efforts in Journal Square as we can finally start construction on this property which has sat vacant for far too long and provide the opportunities to the local workforce that is critical now more than ever before.”

“The JCRA is pleased to have this matter come to a satisfactory resolution. With this settlement, the renaissance of Journal Square can continue,” concluded JCRA Director Diana Jeffrey.

While many municipalities have been paralyzed by the pandemic, in Jersey City major development projects, like One Journal Square, have continued to move forward in recent months including Bayfront, the region’s largest mixed-income addition, and Jackson Square, the largest public investment in the Bergen-Lafayette section Jersey City has seen in decades.