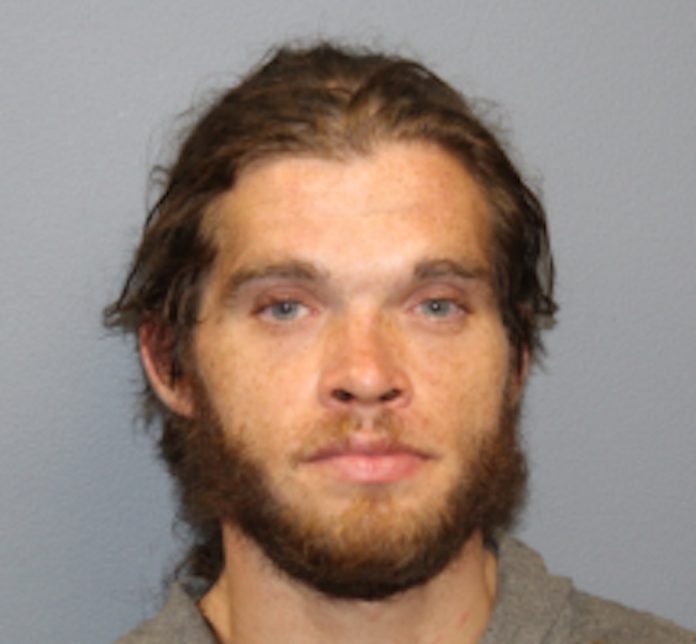 Keyport Resident Arrested in Secaucus for Burglaries
During the months of July and August over a dozen residents’ vehicles were burglarized in the south end of Secaucus, specifically on County Avenue, Helen Street,
Blanche Street and Lincoln Avenue. All of the burglaries occurred overnight and video surveillance of the suspect was recovered during follow up investigations. All video evidence recovered by our detectives was immediately shared with our Patrol Division.
According to Police Chief Dennis Miller, to combat the increase in vehicle burglaries, the Secaucus Police Department’s Patrol Division assembled a “task force” of uniformed midnight tour patrol officers, under the supervision of Sergeant Reinaldo Cruzado.
On August 13, 2021 at approximately 2:21 A.M., officers observed a man walking in the area recently victimized by vehicle burglaries, who fit the description of the vehicle burglary suspect.  The man was found hiding near Secaucus Animal Hospital behind a shed. The man, William Fales, 30, of Keyport was subsequently arrested for trespassing and for having two (2) outstanding no bail warrants from Woodbridge, one (1) outstanding warrant from Keansburg with a bail of $1,000.00 and one (1) outstanding warrant from Middletown with a bail of $850.00.
At the time of his arrest, he was found in possession of used hypodermic needles and other evidence that linked him to some of our vehicle burglaries. Furthermore, William Fales was charged with committing two vehicle burglaries, which occurred on Lincoln Avenue on August 10, 2021. The investigation is ongoing and additional charges for other burglaries may follow.
“The Secaucus Police Department will continue to change tactics and commit resources to
combat crime and protect residents’ property, however residents need to do their part and lock their doors,”   Chief Dennis Miller said “I applaud the commitment and teamwork of all divisions of the Secaucus Police Department who continue to impress me with their dedication and motivation.”
William Fales was charged with two (2) counts of Burglary [2C:18-2a(1)], Theft [2C:20-3a],  Defiant Trespass [2C:18-3b] and Possession of Hypodermic Needles [2C:36-6A]. He was lodged in the Hudson County Jail. These charges are merely accusations and the  defendant is presumed innocent until proven guilty.