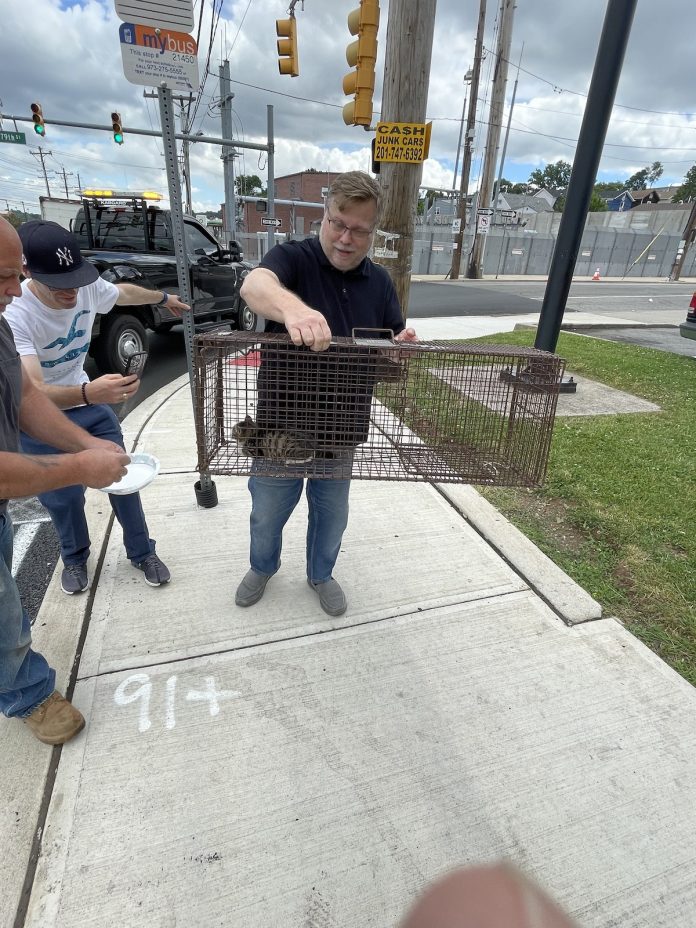 NORTH BERGEN, NJ – This kitten might have just preserved one of its nine lives, thanks to a concerned North Bergen resident and with a helping “paw” from the North Bergen Department of Public Works.

“Today North Bergen DPW learned of a trapped kitten on social media and kicked into high gear quickly!” said Mayor Nick Sacco of the day’s events. “With the advanced technology of cameras and the selflessness of our DPW workers they heroically and safely extracted the kitten from the sewers on Tonnelle Avenue. Thank you to the people who reported this, helped out, the North Bergen Police Department, and most importantly the amazing DPW!” 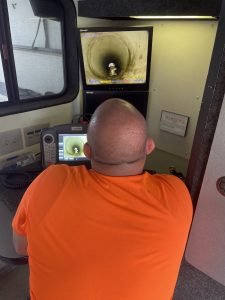 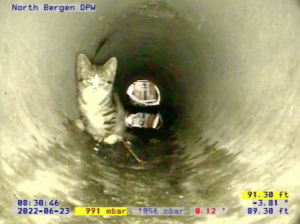 The DPW was first alerted to the situation by a resident who posted on North Bergen’s Facebook Community Forum that she could hear a kitten crying from inside a storm drain. DPW proactively monitors this webpage for feedback from residents as well as for circumstances such as these. 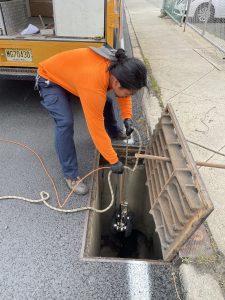 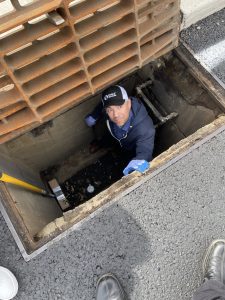 After learning of the situation, DPW crew members immediately took it upon themselves to investigate. Upon arrival at the scene they lowered themselves into a catch basin to locate the kitten, which they were able to do quickly. However, when they tried to capture it the frightened feline was understandably spooked and ran from its rescuers into a narrow drain pipe.

The workers then brilliantly thought of using an automated camera to “nudge” the kitten towards the outlet and into the waiting arms of an animal rescue worker. He is now being cared for and given the appropriate medical treatment necessary before being put up for adoption.