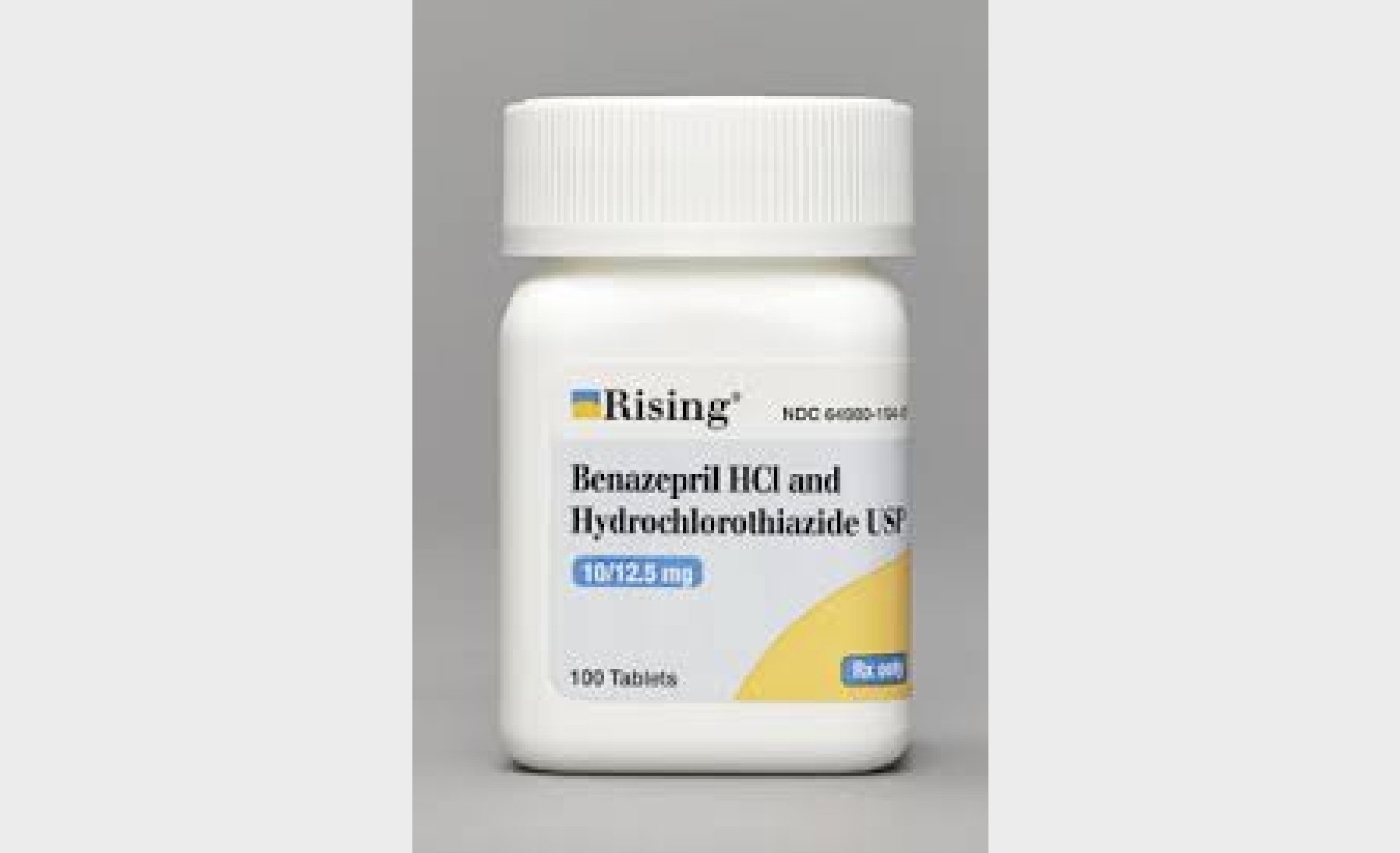 PHILADELPHIA – United States Attorney William M. McSwain and the Department of Justice announced that Rising Pharmaceuticals Inc. (Rising), a generic pharmaceutical company headquartered in New Jersey, was criminally charged for conspiring to fix prices and allocate customers for a generic hypertension drug, and in a related enforcement action, reached a civil settlement for violations of the False Claims Act, subject to bankruptcy court approval.

According to a one-count felony charge filed in the United States District Court for the Eastern District of Pennsylvania, from about April 2014 until at least September 2015, Rising participated in a criminal antitrust conspiracy with a competing manufacturer of generic drugs and its executives to fix prices and allocate customers for Benazepril HCTZ, a medicine used to treat hypertension. This charge is the fourth in the Department of Justice’s Antitrust Division’s ongoing criminal investigation into the generic pharmaceuticals industry; previously, two executives were charged and pleaded guilty to criminal antitrust violations, and a corporation, Heritage Pharmaceuticals Inc., was charged and entered into a deferred prosecution agreement with the Antitrust Division in May 2019.

In addition, under the deferred prosecution agreement, Rising has agreed to cooperate fully with the Antitrust Division’s ongoing criminal investigation. To allow Rising to comply with the agreement’s terms, the United States will defer prosecuting Rising for three years, or until its ongoing bankruptcy proceedings become final, whichever comes first. The agreement will not be final until accepted by the court.

The Antitrust Division entered into this deferred prosecution agreement with Rising based on the individual facts and circumstances of this case. Among those facts and circumstances, the agreement specifically identifies the company’s substantial and ongoing cooperation with the investigation to date, including its disclosure of information regarding criminal antitrust violations involving drugs other than those identified in the criminal charge and the agreement. According to the agreement, this cooperation has allowed the United States to advance its investigation into criminal antitrust conspiracies among other manufacturers of generic pharmaceuticals. Other facts and circumstances identified in the agreement include Rising’s agreement to pay restitution, and the fact that a conviction (including a guilty plea) would result in substantial delay to Rising’s ongoing bankruptcy proceeding and liquidation. The agreement ensures that Rising is held accountable for its criminal conduct and preserves the United States’ ability to prosecute the company should material breaches occur.

In the separate civil resolution, Rising has agreed to pay $1.1 million to resolve allegations under the False Claims Act related to the price-fixing conspiracy, subject to bankruptcy court approval. The government alleged that between 2013 and 2016, Rising paid and received remuneration through arrangements on price, supply, and allocation of customers with another pharmaceutical manufacturer for certain generic drugs in violation of the Anti-Kickback Statute, and that its sale of these drugs resulted in claims submitted to the Medicare and Medicaid programs.

“My Office is proud to announce our next round of enforcement actions in this criminal and civil investigation with the Antitrust Division and the Civil Division,” said U.S. Attorney McSwain. “We and our partners at the Antitrust and Civil Divisions remain heavily focused on price-fixing and market allocation in generic drugs and addressing the impact on federal healthcare programs like Medicare and Medicaid. These criminal and civil resolutions with Rising, if approved by the bankruptcy court, are yet another important accomplishment in that area.”

“Hypertension medicines are vital for patient health, and engaging in schemes to price fix these generic medicines is illegal and could potentially be dangerous, as some patients may have an inability to pay for the medicines they need,” said Maureen R. Dixon, Special Agent in Charge of the Philadelphia Regional Office of the Inspector General, Department of Health and Human Services. “HHS-OIG will continue to work with our law enforcement partners to investigate allegations of companies engaging in actions that put the public and the Medicare program at risk.”

“Today’s charge, like the previous corporate and individual charges announced in this investigation, publicly affirms the Antitrust Division’s steadfast commitment to prosecuting the companies and executives who fixed prices of generic pharmaceuticals,” said the Assistant Attorney General Makan Delrahim of the Department of Justice’s Antitrust Division on Tuesday Dec 3. “Rising and its co-conspirators exploited patients that rely on Benazepril HCTZ as a low-cost alternative to brand-name medications to treat high blood pressure. The deferred prosecution agreement is an important step in restoring integrity to the generics industry. It will require from Rising not only an admission of guilt, a criminal penalty and cooperation in the ongoing investigation, but also restitution to the direct purchasers that bought Benazepril HCTZ at artificially inflated prices.”

“The U.S. Postal Service Office of Inspector General appreciates the opportunity to assist in these critical generics industry antitrust investigations,” said Special Agent in Charge Scott Pierce. “Aggressively pursuing those companies and executives who foster behavior related to price fixing, bid rigging and market allocation helps to ensure an open process by which generic pharmaceuticals can be competitively priced and sold. Working closely with the Department of Justice and our counterparts at the Federal Bureau of Investigation, the U.S. Postal Service Office of Inspector General stands ready to support these vital efforts going forward.”

The criminal charge is the result of an ongoing federal antitrust investigation into price fixing, bid rigging and other anticompetitive conduct in the generic pharmaceutical industry, which is being conducted by the Antitrust Division with the assistance of the United States Postal Service Office of Inspector General, the FBI’s Washington Field Office and the U.S. Attorney’s Office for the Eastern District of Pennsylvania. Anyone with information on market allocation, price fixing, bid rigging and other anticompetitive conduct related to the generic pharmaceutical industry should contact the Antitrust Division’s Citizen Complaint Center at 1-888-647-3258 or visit www.justice.gov/atr/contact/newcase.html.

The civil settlement was handled by the Civil Division’s Commercial Litigation Branch and the U.S. Attorney’s Office for the Eastern District of Pennsylvania with support from the Department of Health and Human Services Office of the Inspector General. Except for those facts admitted to in the deferred prosecution agreement, the claims resolved by the civil settlement are allegations only, and there has been no determination of liability.

People are willing to take the risk because they feel strongly about social justice!

All lives matter!!! Open all business! Stop wearing masks!!! Everyone back to work!!!

Why would parents take their children to something like this.

Well I hope all these people take the same time to register and Vote 🗳 in November! Make it a peaceful march businesses are hurting as it is .. No looting or violence please 🙏🏼

I Iike this protest. Praying though no one gets infected with the virus :(

Lets do this right!..protest with no violence..show them how we do in Hudson county #BLM

This is an election year and apparently Covid-19 doesn’t matter!!! Wait 2weeks and we’ll all be in quarantine again!!!

This is just an excuse to be noticed and be out . ENOUGH PLEASE .

Well at least can’t be judged because now not all jobs are opens. So they don’t have a job

Hudson County Born and raised !!! Show them the right way ❤

I see ther a lot of people that have nothing better to do than just being make all of it.

This camera man is horrible. He's tapping the sky

Register to vote 🗳!!! Make this protest peaceful and respectful.. all united and don’t ruin your community....

They quarantined for 2 months to come out one day and get sick...

Whoever got a issue wake up! This generation doesn’t care what you think!!!! BLM ! All lives matter but right now we re staring by black lives !

Let's keep it that way please ...no violence no looting ..let's show them how we do it

Getto now you know there not from this town.

good the coronavirus gang is marching south away from this way

Seems to be a threat to me! He’s pointing and saying sht. He was sprayed to go away, and instead turned back around to Instigate more... guess Hudson news seems to have hate for police and agenda all its own! Why not do a research on how much crime there is in a day and compare that to the few - bad cops? Why not do some research on how many more cops died a day, then the few - bad ones!! For every one bad cop on the street - it isn’t only always about race - some react in fear! But hey don’t research the facts that for everyone bad cop, there’s actually more dead ones for just wearing the uniform in any race they maybe! Did you get the Audio clip of what was being said to police! At one point it looks as if he made a finger gesture as if he was pointing a gun!! When sht is wrong try it being wrong no matter what the case, not just one sided to feed your hate!

Quarantine energy is all

75% of those people are just there to show on social media!!! that’s so sad tho!

Murphy is not happy

All you people complaining are showing their true colors.. keep it up peeps don't be surprised if you get fired for stupid comments

Knuckleheads Murphy not too happy