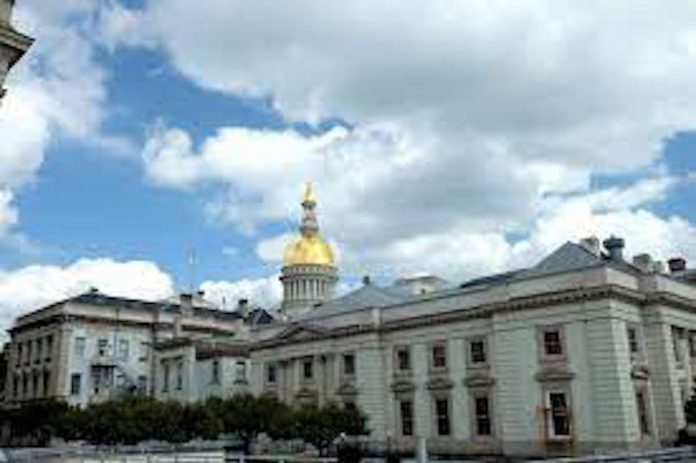 The New Jersey Legislature passed the $46.4 billion state budget along party lines on Thursday.  The spending package now heads to Governor Phil Murphy for his signature.

Democratic Senate President Steve Sweeney said the agreement shows the state is “primed and ready” to rebound following the pandemic. “This budget represents an important statement to all New Jersey residents: we are primed and ready to rebound from the pandemic. This spending plan makes important new investments that bring tax relief, increase affordability, reduce debt, and enhance the health and safety of residents. It is our state’s blueprint to emerge from the ravages of COVID-19 stronger than ever.

“For those who are still struggling to pay basic bills, the budget sets aside three-quarters of a billion dollars for rental and utility assistance. For middle class families, the plan includes tax credits for families, rebates for homeowners, and investments to help both college students and retirees.

R“The plan also safeguards the long-term health of New Jersey itself, with an additional $2.5 billion payment to the underfunded pension plan, more than a billion dollars for a Rainy Day Fund, and a commitment to pay off older, more expensive debt. In addition, it guarantees legislative oversight on how $6.5 billion in federal funds from the American Rescue Plan are spent. In short, this is the epitome of responsible budgeting to benefit future generations.”

“The Democrats’ plan spends hundreds of millions of dollars on pork projects in an election year and ignores critical areas of need that would have helped stabilize New Jersey’s finances for years into the future.

“With the billions of dollars in federal money and tax revenue that exceeded all expectations, there were things we could have done to help every single resident of New Jersey while the Governor was signing executive orders.

“This budget gave us another opportunity to get things right, but the Legislature came up short.

“The Republicans put forward a plan to save 200 school districts from Murphy’s unnecessary funding cuts, but the Democrats missed the chance to get it right.

“My colleagues and I have consistently called for using some of the billions in State and federal relief funds to overhaul the broken computer systems at unemployment and the MVC, and we pressed to use money from Washington to fill shortages in the state’s unemployment insurance fund.

“This budget missed those opportunities, too, and in a few days, on July 1, New Jersey employers will he pounded by a major payroll tax increase that the Democrats refused to stop.

“We have many things to work on to make New Jersey more competitive, more efficient, and more fair for all. This budget fails taxpayers in this regard.”

Democratic Assembly Speaker Craig J. Coughlin disagreed with Oroho, releasing the following statement on the Legislature’s passage of the budget (A-5870) in the Assembly and Senate on Thursday:

“I’m proud of the work done in partnership with the Governor and Senate President to produce a fair and responsible budget that looks toward greater economic vitality and growth that will benefit every New Jerseyan.

“Thanks to $5 billion in unanticipated revenues, this budget builds beyond the priorities we initially set out to achieve. Our spending supports the best public school education system in the country, puts forth nine meaningful new and expanded tax relief programs for working families, seniors and college students, and fulfills our full pension obligation for the first time in 25 years.

“With a record $6.9 billion toward pensions, over $100 million in new college savings, boosts to school aid by over $650 million, $10 million for anti-hunger efforts, and $500 rebate for 760,000 hard-working families, these are not just line items. These are life-changing contributions that put money back in people’s pockets, keep property taxes in check, and protect those left vulnerable by the pandemic.

“Expanding on our commitments to put New Jersey on a stronger fiscal footing, in this budget we’ve also taken big steps toward major debt payoff with $3.7 billion locked-up for defeasance and lower cost long-term borrowing. Infrastructural capital investment projects as supported by this budget will move us forward on clean energy, safer drinking water, and healthcare access for safer, more equal communities.

“Together our budget forms an incredibly comprehensive and strategic spending plan for New Jersey, and we did it without any new taxes or fees.”

Republican Senator Kristin Corrado stated, “Today’s $46.4 billion budget vote is the epitome of opaque government in Trenton. It’s another example of backroom deals and the public being shut out of the process by the legislative Democratic majority.
“New Jerseyans deserve better. They deserve real transparency.”

“With more than $46 billion to spend, we can all find some good things in the budget. The problem, however, is with what’s not in the budget.

“There’s no meaningful long-term tax relief for our residents who face the highest property taxes in the nation.

“There’s no meaningful investment to revitalize our economy. Those aren’t my words, they are the words of the head of the New Jersey State Chamber of Commerce.

“There’s no meaningful debt repayment, despite a promise from Governor Murphy that the billions he borrowed would be repaid if the money wasn’t needed. Well, the money’s not needed and the best we get in the budget is a slush fund that might be used to pay back some debt, but there’s no guarantee.

“There’s no meaningful investment to replace the obsolete computer infrastructure that led to long lines at the MVC and thousands upon thousands of unemployment claims to go unpaid.

“And finally, there’s no restoration of the millions of dollars that Governor Murphy is cutting from the three largest school districts in my district, which will lead to teachers being fired or direct property tax increases on our residents.

“If there ever was a time to build a foundation for future years, it is now. I am afraid we’ll be back here next year with nothing to show for the many tens of billions of dollars that are being spent.”