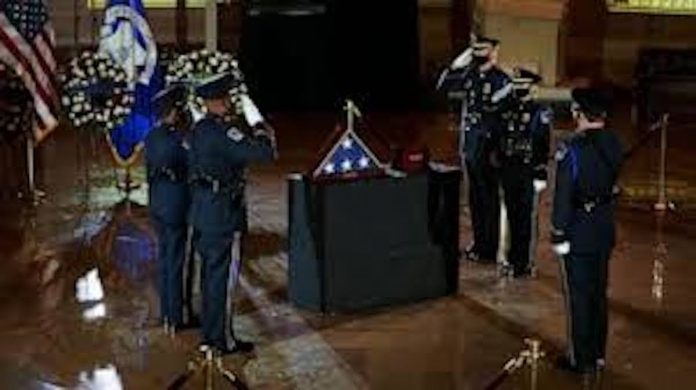 Respects are being paid this week, as Capitol Police Officer Brian Sicknick’s body lays in honor in the United States Capitol Rotunda in Washington, DC.  Officer Sicknick lost his life as a result of injuries sustained during the January 6 insurrection on the Capitol, as thousands of protesters, at President Trump’s encouragement, walked to the Capitol where a joint session of Congress was beginning the Electoral College vote count to formalize Joe Biden’s victory.