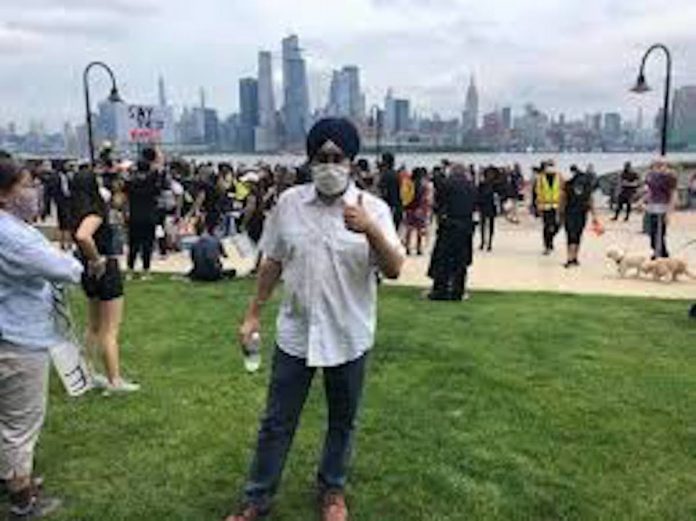 When the Hoboken City Council meets remotely tonight, it will consider for second reading what has become a controversial, potential new law.  The City wants to pass a law that would fine people $250 for not wearing a face mask in public.

The City even went so far as to put out an opinion survey to generate public response of the proposal.  3,000 people responded.  i assume they were ALL Hoboken residents.  More than half of those who responded (51%) said they approved of the penalty.  40% were opposed.   A majority (71%) said they would feel safer if people wore the masks in public.  Nearly 66 percent responded the fine would make others more likely to wear the masks.

But not everyone agrees.  Social media has been filled with people against the proposed $250 penalty, saying the proposed law is unenforceable, such as this tweet:

Hoboken Bicycles
@HobokenBicycles
“A fine for not wearing a mask in @CityofHoboken is simply unenforceable across the board. It will be selectively enforced. So let’s cut the BS and not pass another law we can’t enforce. We don’t need another photo op for the mayor / council to show how “smart” they are.”
6:11 AM · Aug 19, 2020·Twitter for iPhone

Hoboken Bicycles
@HobokenBicycles
“You can have mask enforcement. But fining someone $250 for not wearing a mask is absurd. What’s the threshold to be fined? Asked four times? How do you determine who you fine and who you don’t? If you are handing out masks, can they just take a free one and avoid the fine?”
The ordinance under consideration says the fine would be imposed in situations were social distancing is unattainable.  In an interview with WNBC 4. TV in New York, Mayor Ravi Bhalla said communities on Cape Cod have put the face mask requirement on the books with a $300 fine for non-compliance.  According to the Mayor, there is nearly 100 percent compliance with the law in the town of Chatham on the Massachusetts cape.
So what’s the problem, people?  Wear the masks.  Protect yourself, and even more importantly, protect others.  Then you will not have to worry about that $250 fine should it be approved at tonight’s Hoboken Council meeting.
Mayor Bhalla says, while the city currently does not have a lot of COVID-19 cases, he is fearful that a second wave could come when school reopens and the flu season approaches.
In an interview on WCBS 2 TV, Councilman Phil Cohen said the city continues to monitor to use of masks.  The problem is, Hoboken attracts many visitors to its waterfront and to its main shopping district on Washington Street.  Many of those individuals “are just not complying.”  Meanwhile,  Councilman Michael Russo said he agrees with the use of mask wearing, but believes it is not enforceable.  Russo plans to vote against the $250 fine during tonight’s meeting.