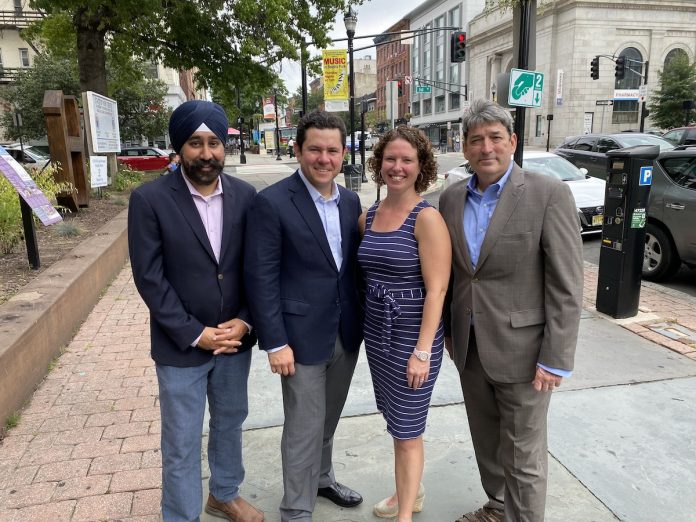 The Team Bhalla campaign filed more than 4,300 petition signatures today for the upcoming Hoboken Mayor and At Large Council election on November 2.

Team Bhalla announced that its  candidates filed a total of 4,342 petition signatures: Hoboken Mayor Ravi Bhalla filed 1,261 signatures; Councilwoman Emily Jabbour filed 1,128 signatures; Joe Quintero filed 1,000 signatures; and  Councilman Jim Doyle filed 953.
“We are pleased with the strong support we received from the  Hoboken voters that we asked to sign our petition, said Ravi Bhalla. “It was a good start to the thousands of one-one-one conversations we will have with residents between now and election day.
Beginning with this petition effort, the candidates plan an active grassroots campaign and look forward to continuing to share their ideas with the community, as well as hearing resident feedback from all parts of the City.