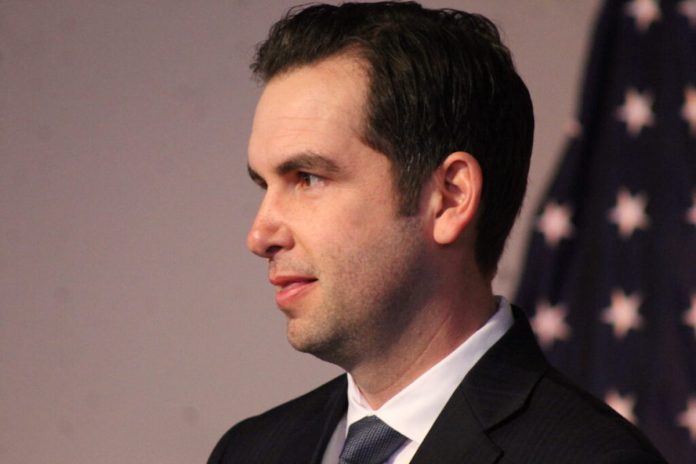 JERSEY CITY, N.J. — The New Jersey State Council for the Amalgamated Transit Union (ATU), the largest transportation workers union in the nation that represents 10,000 New Jersey residents and nearly 800 total active and retired members in Jersey City, is endorsing Mayor Steven Fulop and his City Council slate in November’s nonpartisan election. ATU is supporting Mayor Fulop because of his swift action to raise the city’s minimum wage, his commitment to creating good paying jobs for all and ensuring that all workplaces exceed safety standards.

“Mayor Fulop has been a strong advocate for working families and the issues that are most important to the dedicated men and women of the Amalgamated Transit Union,” said ATU New Jersey State Council Chairman Orlando Riley. “From being among the first in the state to begin paying city employees a minimum $15 an hour to expanding paid family sick leave, Mayor Fulop and his team have demonstrated that they stand by the core values of ATU.”

Team Fulop has already earned the support of prominent organizations, including the Hotel Trades Council, multiple Hudson County Democratic leaders including U.S. Congressman Albio Sires, and a number of leaders in the African American community.

“We couldn’t be more proud to support not just Mayor Fulop, but his outstanding City Council team that is working hand in hand with him to deliver for working families and move this community forward,” said Eric Pettiford, ATU Local #821 President. “Jersey City needs to continue having a City Council that will work cooperatively with Mayor Fulop on the many important issues that we face, and that’s why our members will be doing whatever we can to support Team Fulop.”

“In urban communities like Jersey City our residents rely on public transit every day, whether that means commuting by light rail to work or taking the bus to pick up groceries, and much more,” said Mayor Steve Fulop. “The men and women of the ATU help keep our city running and I’m honored to have their support in this year’s election.”