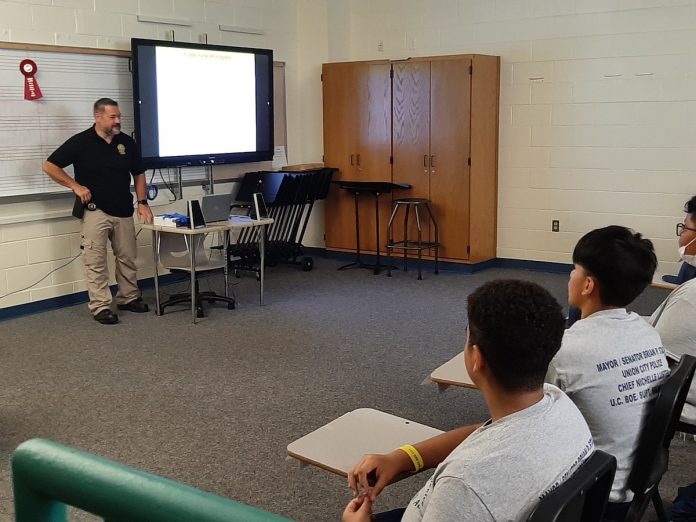 For nearly thirty years, the Union City Police Department has been holding a Junior Police Academy for youngsters interested in careers in law enforcement.  The cadets who attended last week’s Academy learned about the Hudson County Prosecutor’s Crime Scene Unit, the different functions of each of the city’s Police Department divisions, the United States Marshal, and so much more.

Ages ranged from 11 to 13 for the 30 cadets.  It was the first of two classes, with the coming week featuring 14 and 15-year olds.  34 teenagers have registered for week two. 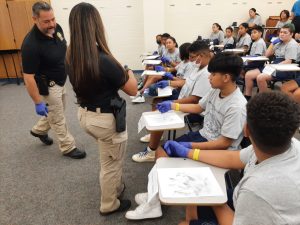 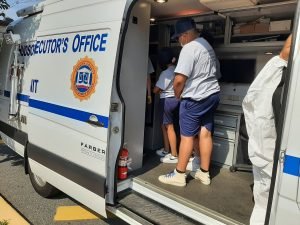 Among the lessons learned from the Prosecutor’s Office Crime Scene Unit was how agents collected DNA and fingerprints from homicide scenes.  The cadets tours the various departments at the police station in City Hall.  They heard from the U.S. Marshal about protecting civilians aboard aircraft in the sky and learned what role the DEA plays. 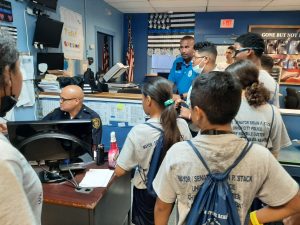 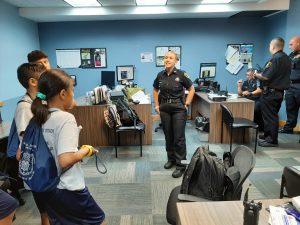 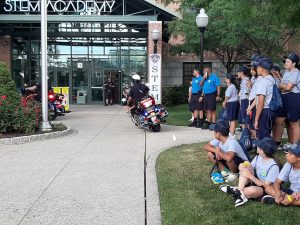 They heard from the Detective Bureau and learned about the motorcycle squad.   All in all, food for thought for some of the cadets who might be considering a career in law enforcement when they get older.