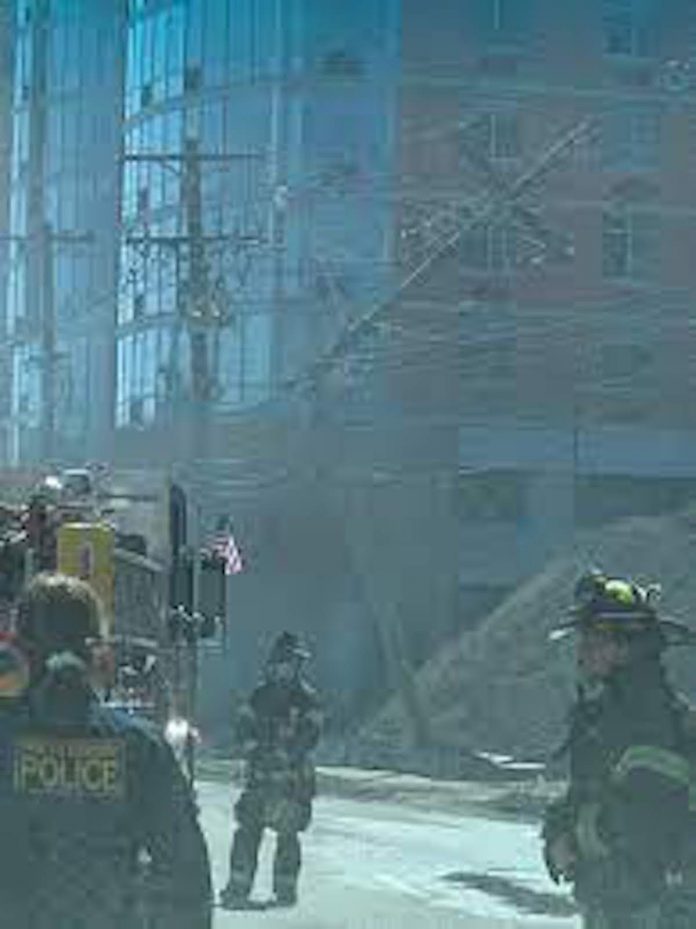 A day after talking to the North Bergen Police Department regarding yesterday’s mid-afternoon traffic accident and transformer/car fire and explosion on River Road, Hudson TV spoke with the Department again today to get updated information on what may have caused the accident to happen.

According to North Bergen Captain Cynthia Montero, the incident is still under investigation, but “thankfully no one got hurt.”  The incident took place around 2:15 pm near River Road and 79th Street, adjacent to the Riverview Diner.

According to preliminary information gathered by police, a box truck was involved along with three other vehicles.  According to Captain Montero, when police arrived on the scene, wires from an overhead utility pole were hanging down and the pole was also not in an upright position.  Captain Montero says, at this time, police believe the wires may have been clipped by a vehicle, but they cannot say that for certain.

What is factual is that a transformer from the utility pole crashed onto a car parked in the Riverview Diner’s parking lot, causing an explosion, which resulted in a transformer/car fire.  Whether the box truck cut off a car, as Hudson TV was initially told yesterday by the police, now remains uncertain.

Hudson TV did receive an email from someone claiming to be an eyewitness to the accident.  That person stated, “At around 2:15PM I saw two trucks nick the cables that straddle River Road and 79th.  The cables were hanging low because the utility pole they are tied to, was tipping over.  There is construction going on by the Dutchess, (a foundation getting dug) and the soil has not been properly managed.

At any rate, I saw the third truck (the one that hit the wires) at the stoplight, along with the car….Please do not blame the truck driver.  He did nothing wrong. The bad construction job cause the utility poles to lean and the wires to get snagged.”

North Bergen Police intends on speaking with this eyewitness.  For now, the exact cause of the Tuesday motor vehicle accident and fire remains unclear.

As Captain Montero stated, thankfully no injuries occurred as a result of this accident.