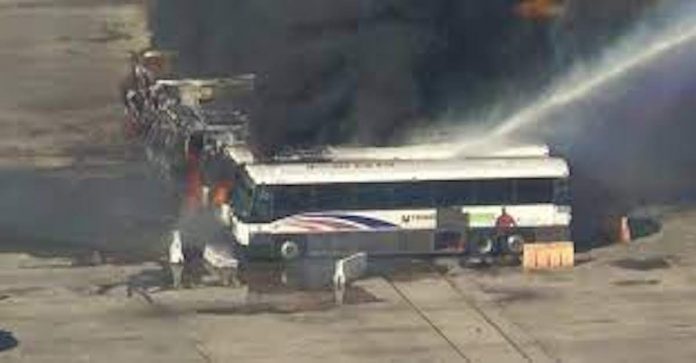 According to a NJ Transit spokesman, all of the buses were decommissioned and out of service and no injuries were reported.

Video of the blaze was captured on Twitter and may be seen here.