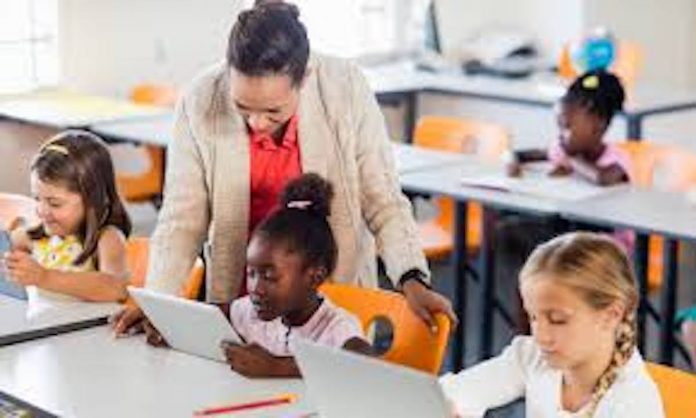 After weeks and weeks of waiting, and with the start of school just days away, New Jersey school districts can finally apply for all-remote re-openings.  That’s because the New Jersey Department of Education has given Boards of Education across the Garden State guidance on the rules which are in place for districts to decide if they want to re-open virtually.

As the summer has gone by following Governor Phil Murphy’s announcement weeks ago that school districts, should they choose to, would be allowed to start the new academic year with student-less, in building classrooms, and virtual learning the preference, districts have been waiting on the State to present the guidelines which would have to be followed.

Nearly 200 districts throughout the state have announced plans to re-open remotely, including most in Hudson County.  Some have even reversed course, having initially said they would open in a hybrid manner, with students in the classroom for a short period of the week, with the rest of their instruction coming at home remotely.  Now those districts are saying it’s all remote to start the year’s first semester.

The problem for the state’s Boards of Education has been simple.  They submitted their all remote plans, but the state hadn’t approved their plans, so it has been a waiting game, with administrators getting itchy because time was running out for their re-opening dates.

Districts have to officially respond to the state within seven days of their stated opening, or as soon as practicable.  Therein lies the problem.  The State Education Department took forever to provide its guidelines for districts to follow.  Kind of like cramming for that mid-term.

Districts opening remotely, as per Governor Murphy, need to tell the state their plans for transitioning to in-classroom learning, and why they expect they would be able to do the transition.  Is it any wonder why districts across New Jersey have been sweating this delay out?

What happens if the state rejects a district’s remote learning plan at this late stage?  What does the district do then?  Uncharted territory all around.

Everyone should be asking a simple question.  Why has it taken the New Jersey Education Department this long to present its guidelines to the school districts across the state?  Officially, the guidelines were announced on Friday, but many Superintendents are saying they did not receive them until yesterday.  Delay, delay, delay.  Isn’t e-mail supposed to be quick?

Many districts are saying they will not have enough teachers to re-open safely for in-person, classroom learning.  What about districts, like many in Hudson County, whose buildings are more than 80 years old and have poor HVAC systems?  The Governor, when he announced virtual learning would be allowed, said districts could only do so under certain circumstances.  What are those circumstances?

Makes you question why this has taken so long on the state’s part, doesn’t it?

Among the items included in the new, state guidelines for remote learning, are:

The New Jersey Education Department had approved more than 350 district re-opening plans as of the middle of last week.  None of the approvals were for all-virtual re-openings.  Many districts had submitted their hybrid and in-person plans before the Governor announced virtual re-openings would be permitted under certain guidelines.

So, i ask again.  Why has this taken so long?

It should be an interesting seven to ten days across New Jersey in the world of education.