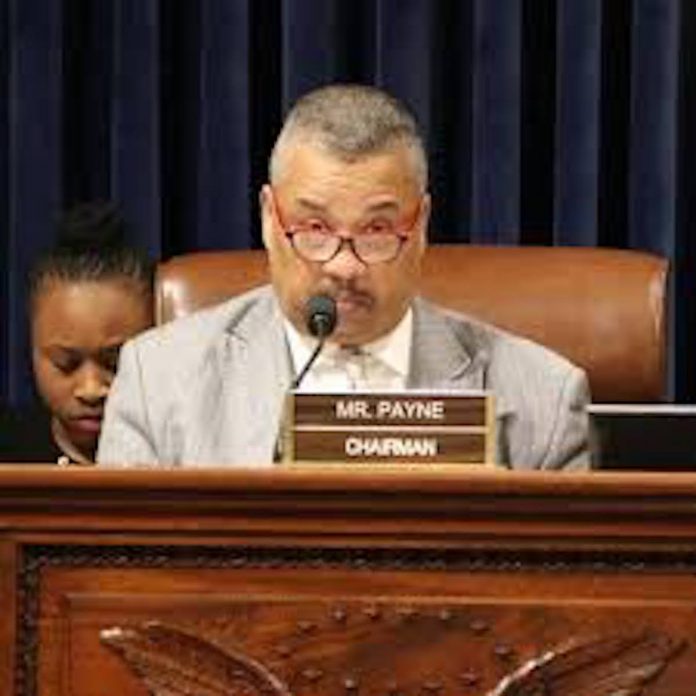 Congressman Donald Payne, Jr. (D-District 10) today issued a statement criticizing a Republican proposal to raise taxes on working families and those most vulnerable in New Jersey and the country as a whole.   With United States Senate Republican leaders having no announced plans to release an alternative agenda as they try to win back the majority in both houses of Congress this fall, Florida Republican, Senator Rick Scott, is pushing his own plan.

Scott wants a conservative blueprint for Republicans to enact should they win Senate and House majorities this fall, and that does not sit well with Congressman Payne, a Democrat, in the least.

The first term Senator is bolding going where few have gone before it seems.  He wants a completion of the border wall along Mexico and he wants to name it after former President Donald Trump.   Senator Scott has stated, “there are two genders,” ending any reference to ethnicity on government forms and limiting most federal government workers — including members of Congress — to 12 years of service.

Scott’s actions are a clear break from Senate Minority Leader Mitch McConnell, who has declined to release a Republican agenda heading into the midterm elections.

Congressman Payne is outraged by Scott’s agenda and says he is totally against raising taxes on the most vulnerable in his district.  “People in Essex, Hudson and Union counties are struggling right now, and the last thing they need is Republicans taking money out of their pockets with a cruel, unnecessary and offensive tax increase on working-class folks,” said Congressman Payne. “I was born and raised in the South Ward of Newark and I still live on the very same block, so I see the challenges low and middle-income people face every day trying to afford rent, food, medical care and other basic necessities. It’s disgusting that Republicans would even consider making life even harder for the people who need help the most, like our low income workers, single parents, seniors, people with disabilities and other vulnerable communities. I can promise my constituents one thing – this Republican tax increase on working-class families will only happen over my dead body.”

Payne is running for re-election to his sixth term in Congress.  He faces a Democratic primary challenge on June 7 from Imani Oakley and Akil Khalfani.