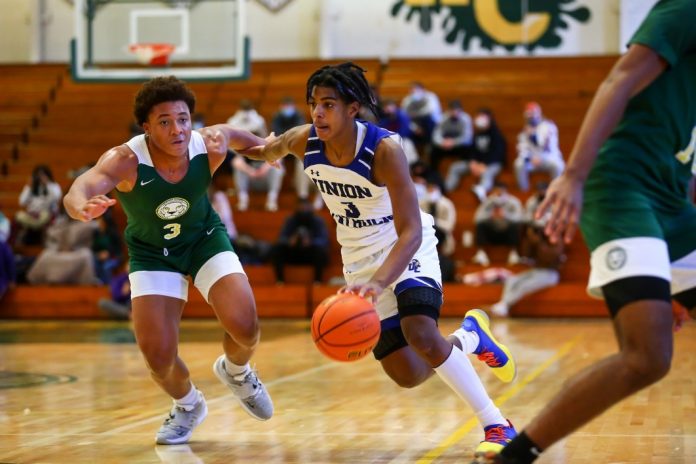 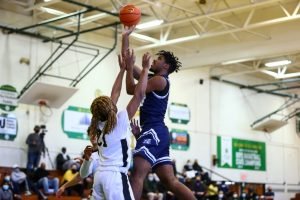 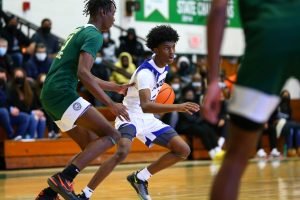 In addition to the basketball games, SFIC recognized the academic achievements of a few student athletes. The players with the highest grades on all six teams — including the team from the non-archdiocesan Columbia High School — were awarded with a special plaque in acknowledgement of their classroom accomplishments. 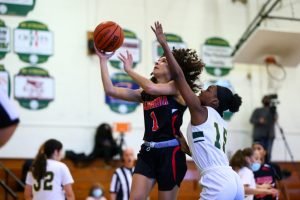 “Everyone had a great time,” said Teresa Gilhooly, SFIC’s special events manager. “The kids had a lot of fun. It was a great way of celebrating the student athletes and showcasing the schools within the Archdiocese. And the money raised is going to make a difference in many children’s lives.”
Launched in 2004, High School Hoopfest has become a beloved tradition for SFIC, with many future NBA stars like Kyle Anderson and Karl-Anthony Towns participating through the years. All proceeds from the event’s ticket sales support SFIC’s scholarships, which benefit children at or below the poverty level without regard to ethnicity, gender, race, or religion so they can attend private or parochial schools within the Archdiocese of Newark. 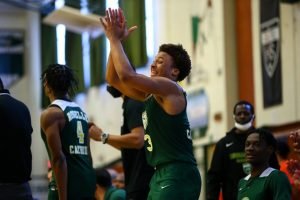 To learn more about SFIC and its scholarships, visit https://www.sficnj.org/.
About the Scholarship Fund for Inner-City Children
SFIC, founded in 1983 as the Fund for Educational Advancement, is a non-profit organization funded by corporations, foundations, and individual donors who wish to invest in the future of economically-disadvantaged children living in neighboring communities. The fund has provided more than $54 million in partial-tuition assistance to students from economically-disadvantaged socio-economic backgrounds within Bergen, Essex, Hudson, and Union counties. Scholarships are based on need without regard to religion, gender, race, or ethnic background. Applicant families must be ready to provide proof of income and must intend to attend one of the schools within the four counties it serves.
About the Archdiocese of Newark
The Archdiocese of Newark, under the leadership of Cardinal Joseph W. Tobin, C.Ss.R., the sixth archbishop of Newark, serves approximately 1.3 million Catholics in 212 parishes throughout the counties of Bergen, Essex, Hudson, and Union. The Archdiocese serves the northern New Jersey community through faith, education, and social services. To learn more, visit www.rcan.org.