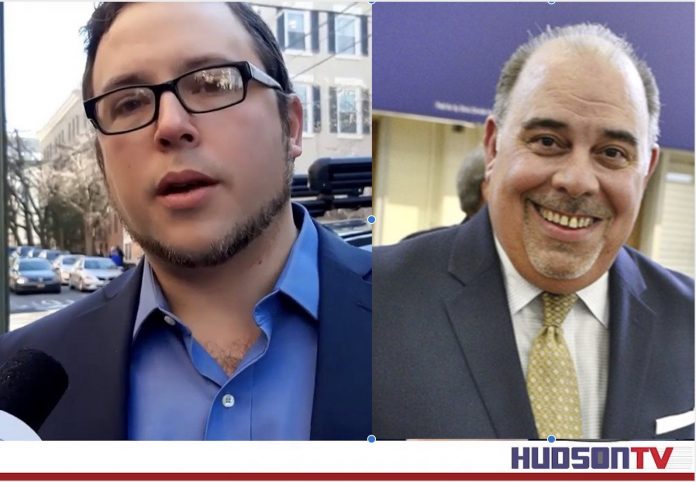 Jose Arango, Chair of the Hudson County Republican Party, has told people that I’m “gay and live with my partner,” am anti-Semitic, and am a misogynistic womanizer. His attacks against me started before I was openly critical of his unofficial work against the GOP for the Hudson County Democrat Machine. In his crusade, he has deployed admitted felon David Wildstein to author “articles” several times. Many observers feel Wildstein, in his attempt to rehabilitate his public image since masterminding the Christie era Bridgegate scandal, has pimped out his website (NJ Globe) for hit pieces at the behest of political power brokers. Writing this may bring down more half-truth laden and poorly constructed hit pieces from Arango published through Wildstein, but this essayist is undeterred.

The reality is that as political hitjobs go, not only were Arango’s attempts below the belt, but they were also transparent. Of course, I am not what he has said, one of which isn’t even an insult, and two of which are in outright contradiction. But Arango, schooled by the Democrats he serves, comes from the dirty side of politics in which you throw everything against the wall to see what sticks. Fortunately, in the GOP, a total of zero people cared whether I was gay or straight, and the only reaction his first line of attack received was disgust that he was engaging in gay bashing bigotry.

As I love being Jewish, it was a surreal but funny experience to get calls from Rabbi’s asking me to explain Arango’s accusation of anti-Semitism. Communal nuances can seem like a labyrinth to non-members, so I’ll spare the details, but there are many Jewish groups that don’t get along. We Jews, a people known for the joke “2 Jews, 5 opinions,” will always have tension within but that doesn’t mean that this Jew (me), and many others, don’t hope only for good things for the rest of the tribe. Moreover, I feel the same regarding our party. I hope only for good things for my fellow Republicans, even those with which I disagree (unless they, like Arango, work for the Democrats against the GOP).

For Arango, who once compared a female candidate for office to his “secretary” as well called her a “poor thing” when making a statement to the media, to make  allegations of sexism against me, is the pot calling the kettle black. Of course, there is also the fact that one cannot both be in a committed same sex gay relationship with another man and be the evil woman hating trickster leading on women to get laid he has attempted to portray me as. These attacks are mutually exclusive and everyone who has told me they heard both has made fun of Arango for it.

With these attacks Arango is trying to send a message to others in the GOP, both in and outside of Hudson, not to mess with him. This is what has led to contradictory messages in his lines of attack. In another two attempts to discredit me, Arango has told people both that I haven’t done anything for the party and that any association I have with GOP activism is a result of my merely latching on. The reality is that I have done multiple robocalls, canvassing, organized phone banks, publicity, organized debates and GOP leaning speakers, written dozens of op-eds highlighting Democrat hypocrisy and more. But the facts of my GOP activism matter as little to Arango as the fact that it doesn’t make sense when he claims on the one hand that I haven’t helped the GOP and on the other that when I have it’s only because I’ve latched on.

Sadly, Arango’s years-long failed quest to cancel me even ranks as a higher personal priority than getting people to his own recent event. After witnessing zero adverts, letters, op-eds, and press releases for Arango’s fundraiser for Jack Ciattarelli held on Sept 15th, on Sept 9th I wrote an open letter publicizing the event on a well trafficked news website. I did so because despite his long history both of working against the GOP and attacking me, Arango was finally doing something which every Republican should support. On Sept 10th, I received a Cease and Desist letter and on Sept 11th, the letter had been sent by Arango and his minions to the media. Arango and his lackeys spent more time and effort publicizing their attacks on me than publicizing their fundraiser for the GOP gubernatorial candidate resulting in an event with only between 65-70 people according to reports (I could not attend as it was Yom Kippur) from those who were there.

From putting his crusade against me over campaigning for the GOP to the smears he has crafted of me as a supposed (but impossible) Jewish anti-Semitic womanizing sexist who is in a committed relationship with a man, and more; Jose Arango, has proven how he works against the party (something already well known to many) and how truly, but accidently, hilarious he is.