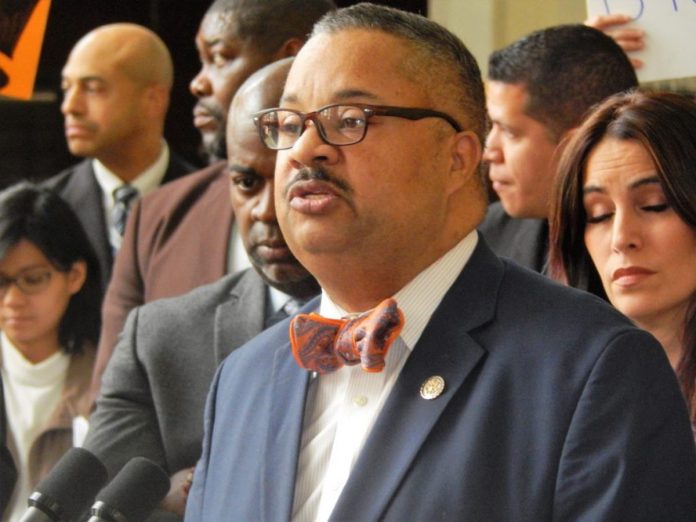 The campaign of Congressman Donald Payne, Jr. released the following press release today after the Democratic Congressman received another endorsement in his bid for re-election:

NEWARK, NJ – Adding to his growing list of supporters among powerful labor unions, U.S. Representative Donald Payne, Jr., (D-Newark) is announcing that he has the endorsement of the Retail, Wholesale & Department Store (RWDSU) Union Local 108. Made up of retail workers in clothing stores, jewelry stores, automotive service, parts and accessory stores, supermarkets, warehouses, manufacturing, and also in the public sector, RWDSU Local 108 represents over 5,000 members in New Jersey and surrounding states.

“Congressman Payne understands the struggles that working class people face and he knows what kind of solutions we need from Washington to support our members, which is why we are glad to offer him our support now,” said Charles Hall, RWDSU Local 108 President. “As a sponsor of the PRO Act, a leader with a 100% rating from the AFL-CIO and a former union member and blue collar worker himself, it’s clear to us that Congressman Payne is by far the best choice to advocate for working families.”

With among the strongest records on labor issues in the House of Representatives, Congressman Payne can always be counted on to deliver for working families. He is a sponsor of the PRO Act which would remove barriers to union organizing and help more workers join a union, as well as the Raise the Wage Act which raises the minimum wage to $15/hour indexed to inflation.

“The hardworking men and women of RWDSU Local 108 are some of the essential workers that we have all leaned on throughout the pandemic, and they deserve not just our thanks and respect, but also our support for policies that will put more money in their pockets, better benefits in their contracts and more peace of mind in their families,” said Congressman Payne. “I’m thankful to Local 108 President Charles Hall and the entire union for their support and I pledge to always be someone that working families can count on.”